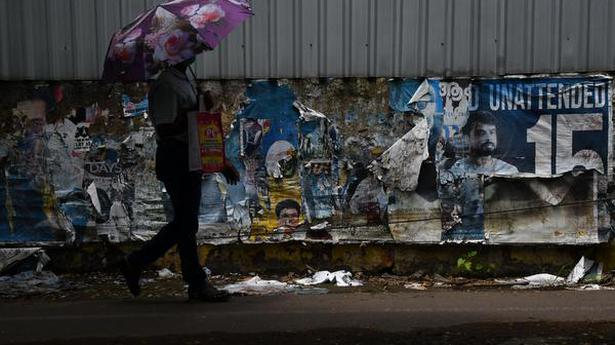 The release of Malayalam movies in cinemas is expected only by December or January next year even if they get the nod from the government to resume operations amidst the pandemic crisis, according to estimates by the Kerala Film Producers’ Association (KFPA).

“We anticipate that the uncertainties triggered by COVID-19 will continue at least till October. Releases in November are generally few as collections remain low. Big films will release only after the situation turns normal in overseas markets, which remain crucial in the overall box-office returns,” says M. Renjith, president of the KFPA.

The fate of 66 Malayalam movies was hit hard after the cinemas had downed the shutters following the nationwide lockdown from March 25.

Despite the State government permitting indoor shooting with a crew of 50 members, only 10 producers could resume work as 12 others want to shoot in outdoor locations, says Mr. Renjith.

Sabu Cherian, executive committee member, Film Federation of India, says it is time the industry took a serious look at the limited theatrical window available now in view of the large number of movies churned out every year. “Nearly 190 movies were released last year at the rate of three to four movies a week. The holding capacity gets further reduced with the release of other-language movies. Ideally, we need to limit the total Malayalam releases to 90-100 movies annually to come out of the bleak times ahead,” he says.

M.C. Bobby, general secretary, Film Exhibitors United Organisation Kerala, says they are hopeful of reopening cinemas by August-September. “The footfall may not be as expected in the initial days. The situation would turn favourable once the vaccine for COVID-19 is ready,” he says.

On the safety protocols to be in place once the cinemas reopen, Mr. Bobby says they will have to consider physical-distancing and hygiene norms to boost viewers’ confidence. Sanitisation and not permitting full-capacity screenings are some of the plans under consideration, he says.

National Education Policy | Why has language been a sensitive matter?

India should have been invited to China’s quadrilateral: Madhesi leader