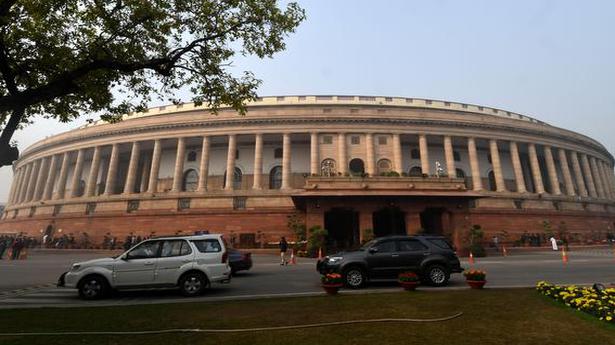 The kitchens and dining halls in the Parliament are set for a revamp, complete with the latest gadgets, as the Central Public Works Department (CPWD) invited bids for a consultant for the renovation project this week.

This comes at a time that the government’s plan to construct a new Parliament building at an estimated cost of ₹922 crore adjacent to the existing one built in the 1920s is being finalised as a part of the larger redevelopment of the Central Vista.

The CPWD floated a tender on Friday for a consultant for kitchen design for the food preparation, service and distribution areas in the Parliament House, the Parliament Library and Parliament Annexe buildings. The project includes renovating all kitchens, which will have a capacity of 1,500 people each, pantries, dining halls and banquet halls in the Parliament.

The estimated cost for the consultancy was ₹6.27 lakh and the project would have to be completed in five months, according to the tender document. Separate tenders for kitchen equipment would be issued later based on the plan given by the consultant.

The project includes redoing all food preparation spaces after taking into account the work-flow and the space available; adding latest gadgets and technology to the kitchens; planning waste disposal, cold storage, dishwashing areas, etc; and providing lockers and washrooms for staff.

The layouts of the renovated kitchens would be decided in consultation with the Lok Sabha Secretariat officials, the document said.

Meanwhile, the CPWD has been working on getting clearances for the new Parliament construction project during the lockdown. The project has received environmental clearance, approval of the Central Vista Committee and has been considered by the Delhi Urban Art Commission.

The CPWD’s consultant for the whole Central Vista redevelopment project, HCP Design, Planning and Management, has said the tender for construction of the new Parliament would be floated “after the lockdown”. The government’s plan is to complete the new building in time for the monsoon session of Parliament in 2022.