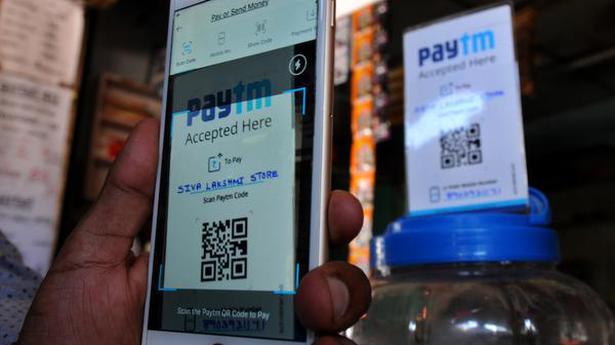 Paytm founder added that the company is committed to developing India’s technology ecosystem.

Paytm on Thursday said it aims to support one million apps on its recently launched Android Mini App Store as part of its efforts to support Indian developers and compete against tech giant Google.

The company will also invest ₹ 10 crore for the app developers on its platform.

Paytm founder Vijay Shekhar Sharma – who has been vociferously voicing his concerns around the “monopolistic” behaviour of the US-based company – said with its steep 30 % fee, Google has started to play the role of a “toll collector” instead of enabling the ecosystem.

“App developers are dependent on a giant monopoly, Google and Google has started to play like a toll collector instead of trying to enable the ecosystem only…we will bring one million app before Google opens its charging obligation on each Indian developers,” he said.

He added that the company is committed to developing India’s technology ecosystem.

Paytm had said over 300 app-based service providers have already joined the programme, including the likes of Decathlon, Domino’s Pizza, FreshMenu, Netmeds, NoBroker, Ola, and more. These apps are expected to make their way to the Mini App Store soon.

Paytm had announced the launch of its Android Mini App Store earlier this week, just weeks after Paytm’s app was blocked from Google Play Store for a few hours for violating the Google’s policy on sports betting activities.

Mini apps are a custom-built mobile website that gives users app-like experience without having to download them. This would help users with limited data and phone memory.

On September 18, Google had blocked Paytm from its Play Store for a few hours for violating its policy on sports betting activities.

The app was later restored after the fintech app removed the ‘cashback’ feature linked to a game on the app.

Paytm had alleged that it was “arm-twisted” by the search engine major to comply with its biased Play Store policies “that are meant to artificially create Google’s market dominance”.

In the days that followed, Google clarified its Play policies to say that apps that chose to sell digital content through its Play Store, would have to use Google Play billing system and pay a percentage of the in-app purchase as a fee.

There were also calls for a local app store to offer more choice to developers and consumers.

It was then that Google had said it was extending the time for developers in India to integrate with the Play billing system to March 31, 2022.

Paytm – which competes with Google Pay in the fintech space – had said the listing of apps on its platform would be free. Any transactions using Paytm wallet, Paytm Payments Bank account and UPI would be at zero charges and 2 per cent for other instruments like credit cards.

Paytm Mini App Store offers a dashboard to developers for analytics, payments collection along with various marketing tools to engage with the users.

Hero MotoCorp and Harley Davidson to partner for Indian market