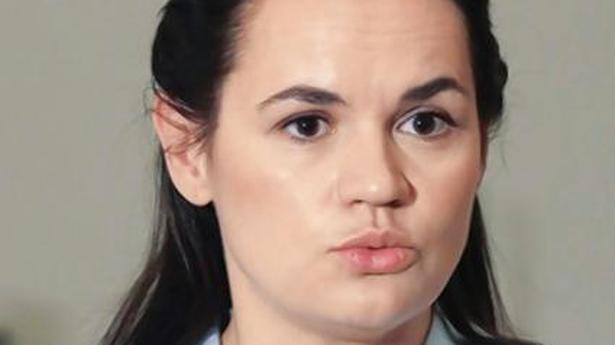 Belarusians have risen up in a “peaceful revolution”, their exiled opposition leader said on Tuesday as authorities in the isolated ex-Soviet country crack down on protesters calling for new elections.

Demonstrators have flooded the streets of Belarus demanding the resignation of authoritarian leader Alexander Lukashenko since he claimed a sixth term in disputed elections this month.

The 65-year-old President, often dubbed “Europe’s last dictator”, dispatched his security services to disperse protesters following his claim to have won 80% of the vote, in a response condemned by rights groups and EU leaders.

Leading opposition figure Svetlana Tikhanovskaya said in her address to the European Parliament that the country was witnessing its largest demonstrations in recent history following the vote.

“Belarus has woken up. We are not the opposition any more. We are a majority now. A peaceful revolution is taking place,” she said, speaking in English via video link.

Ms. Tikhanovskaya fled to neighbouring Lithuania after claiming victory in the August 9 ballot that went ahead without independent observers and was rejected by EU leaders.