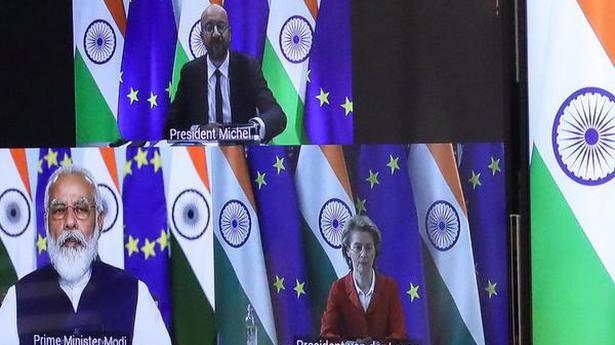 Prime Minister Narendra Modi on July 15 pitched for bringing out an “action-oriented” agenda to further expand ties between India and the 27-nation European Union within a stipulated time frame.

In his inaugural remarks at the 15th E.U.-India summit, the prime minister said he was committed to enhance ties with the grouping, noting that a long-term strategic perspective should be adopted to boost the relationship.

“We should go for an action-oriented agenda to expand ties and it can be implemented within a stipulated time frame,” Mr. Modi said at the virtual summit.

Calling India and E.U. as “natural partners”, the Prime Minister said the partnership is beneficial for peace and stability in the world.

The Prime Minister said India-E.U. partnership can play an important role in economic reconstruction and in building a human-centric globalisation.