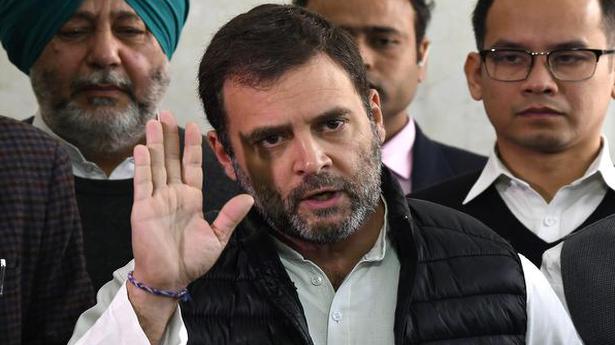 “Covid19 is spreading rapidly into new parts of the country. The Government Of India has no plan to defeat it,” Mr. Gandhi tweeted.

Targeting Prime Minister Modi, he said, “PM is silent. He has surrendered and is refusing to fight the pandemic”.

Mr. Gandhi tagged a news report that claimed the Union overnment had “retreated” as no meeting of the Indian Council of Medical Research (ICMR) or the Group of Ministers had taken place and neither had the Health Ministry held its briefings on the pandemic.

Mr. Gandhi’s allegations of “surrender to pandemic” comes after he had attacked the Prime Minister over the Chinese incursion and called him “Surender Modi”.

A day after the All Party Meeting where the Prime Minister had said “no Indian territory had been occupied by anyone” on June 20, Mr. Gandhi tweeted: “PM has surrendered Indian territory to Chinese aggression. If the land was Chinese:1. Why were our soldiers killed?2. Where were they killed?”

SPB was a ‘native’ singer to Kannada