Orange Rock won two Chicken Dinners to take their tally to 10 in PMPL South Asia 2020. They won the Chicken Dinner in Match 1 and 2 in Miramar and Vikendi finished the day with 290 points on top of the overall standings.

Orange Rock failed miserably in the final match in Sanhok to miss out on an opportunity to extend the lead further. Orange Rock finished on top with 599 points followed by TSM ENTITY 564 points, SynerGE (505 pts) and GodLike (447 points).

Orange Rock dominated Miramar in the first match of Day 2 of Week 3 of PUBG Mobile Pro League (PMPL) South Asia 2020 by winning the Chicken Dinner. Orange Rock earned 28 points in the first game followed by SynerGE with 22 and PowerHouse with 14 but both had lesser place points than OR with 6 and 14 respectively. 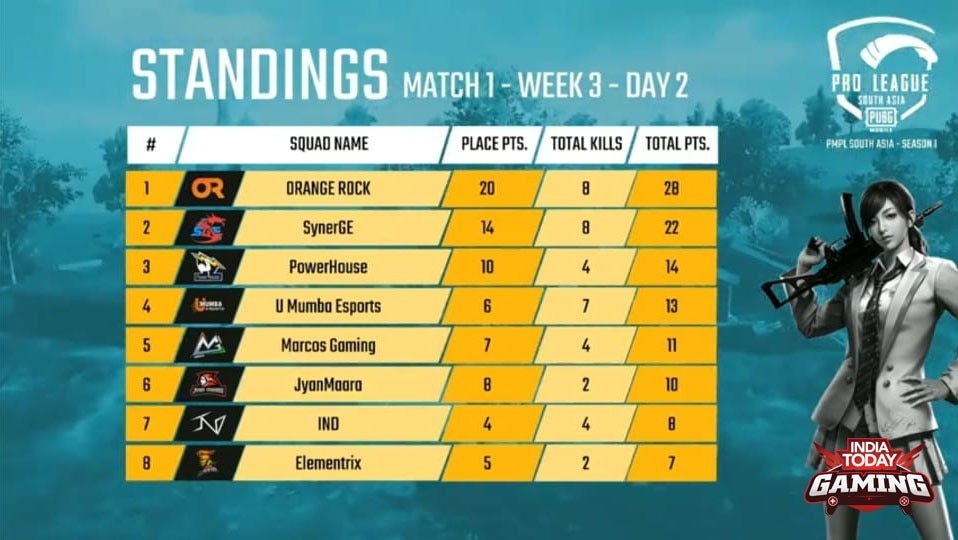 In the second match of the day, ORANGE ROCK had made it 2 out of 2 and extended their lead further at the top of the table. It was a 3 vs 1 fight against U Mumba in the end and ORANGE ROCK assured that their was no setback in store for them. 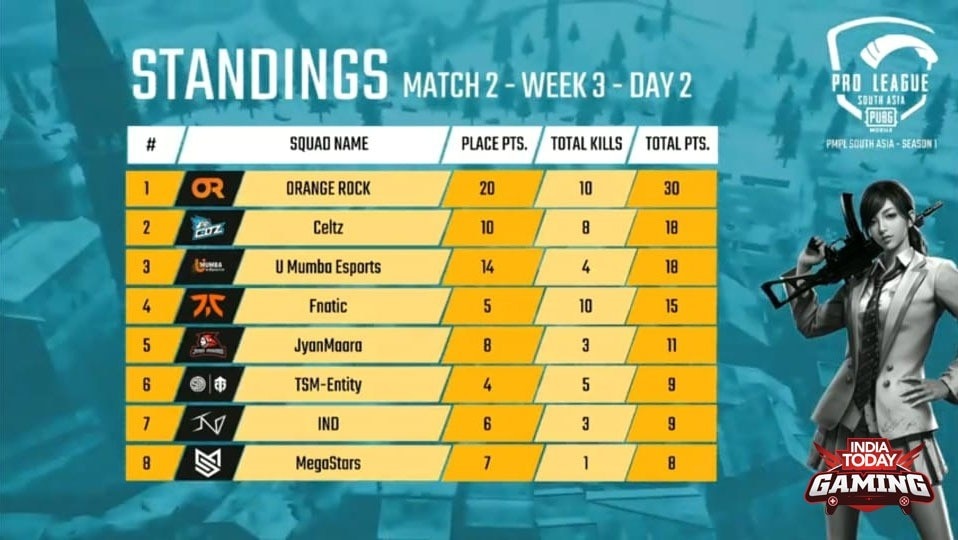 However, in the third match of the day, Orange Rock could not complete a perfect treble as TSM ENTITY emerged as the winner of the match and claimed Chicken Dinner. TSM-ENTITY held their nerve and utilised their strategical location to the most to grab their first chicken dinner of the day. The fourth match of the day was won by vsgCrawlers. Although it was expected that Orange Rock would win this match, in the end vsgCrawlers defeated Orange Rock to claim Chicken Dinner.

vsgCrawlers completed total 9 kills and collected total 29 points, also earning 20 place points. The second number is GodLike was the second ranked team as they completed 9 kills and got total 23 points. In the final match of the day, consisteny of SynerGe paid off finally and they ousted Jyanmaara to win a well earner Chicken Dinner. Strategy, determination, grit and passion made this team look different in the fifth match. It was a great finish to an action packed day.

Google to pay publishers $1 billion over three years for their...