Home Sports Police stops me because I am a black guy with tattoos and... 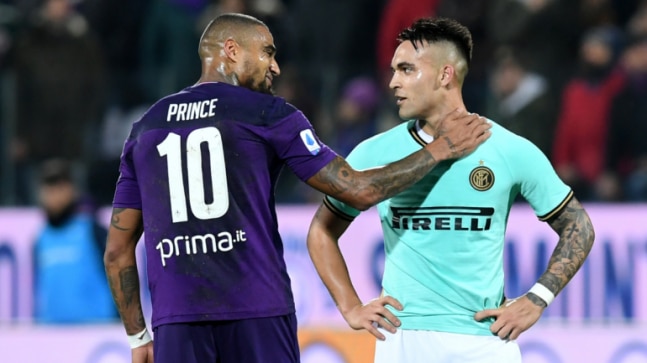 Former Tottenham Hotspur and Barcelona midfielder Kevin-Prince Boateng in an emotional interview has revealed that police stops him for no reason and that may be because he was “a black guy with tattoos and a nice car”.

Kevin-Prince Boateng was speaking about lack of support from footballers after the death of George Floyd, an African-American who died after a policeman knelt on his neck.

“Racism in Europe is more hidden, people are hiding and not showing it show much. When they are in bigger groups they feel more comfortable to shout.

“People change sides when I’m walking on the street, look at me funny when I’m in my car. Police stop me for no reason, it happens so many times maybe because I’m a black guy with tattoos and a nice car they think I am a criminal.

“I’ve worked my all my life to be a footballer but you just judge me for what I look like? It was worse when I was growing up,” Kevin-Prince Boateng said.

The Ghana international also talked about the racial jibes he has received from football fans during matches. Notably, Kevin-Prince Boateng, once walked off the field in protest after suffering racist abuse during a friendly match for AC Milan in Italy in 2013.

“Monkey [gestures], for every goal you score you get a banana. We’ll put you in a box and send you back to your country. The ‘n word’ has been used a lot of times. [They throw water and say] maybe we can wash off the dirt.”

Kevin-Prince Boateng has opined that players are not coming out and speaking against racism as they are afraid of losing their sponsorship. The Berlin-born added that uploading a black image on ‘Black Out Tuesday’ was an easy thing to do as it did not involve saying something ‘uncomfortable’.

“People might say I only have 100 followers, well maybe you can influence 50 of them. Even showing you as a white person are with us, that gives us so much power. We believe you are with us so we can go forward with a bigger chest.

“No one is doing enough. #BlackOutTuesday is not enough, it’s too easy. Because people are scared to stand for something, to say something because of sponsors or large followings. A black picture is way too easy.

“It’s a beautiful message but I’m mad because people have it so easy. If you ever point a finger at them they’ll say ‘but I posted that picture’. [The picture alone] does not mean anything to me.

“I can understand because it is an uncomfortable position. Many people think if I share, repost or say something wrong I will lose my sponsorship. They have to become comfortable. This is something bigger than a sponsor or anything like that,” Boateng told Sky Sports.

Kevin-Prince Boateng, whose mother was German and father a Ghanaian, talked about playing in USA’s MLS and said that it might be the perfect time for him to play there.

“Maybe that would be the perfect thing for me to play there right now – to make a statement to give something back to show the people that I’m on the frontline, that I will be your front guy – I will be your Muhammad Ali.”