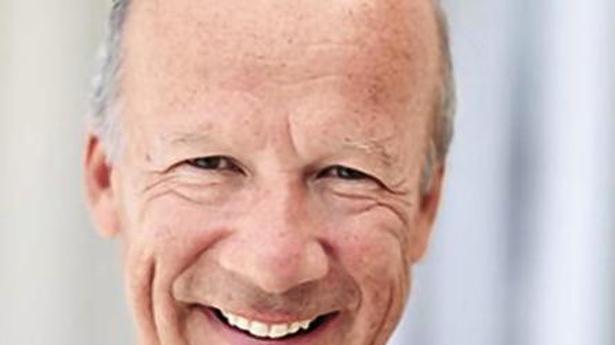 IT major Wipro said it would focus on profitable growth even as it clarified it did not have any plans to lay off employees.

“Profitable growth will be the most important priority on my agenda,” Wipro’s newly-appointed CEO and MD Thierry Delaporte told shareholders at the company’s annual general meeting (AGM) on Monday.

“We will do everything to regain momentum in the marketplace. Building on our strong foundation, we will make bold bets and stretch goals.

“We will aim to drive a high-performance culture even as we steadfastly hold to our cherished values.”

He added, “Over the next few weeks, working closely with chairman Rishad Premji and other senior leaders, I hope to finalise a plan to drive improvements across all spheres in our quest to achieve industry-leading growth.”

Mr. Premji said his company had no plans to lay off employees in the backdrop of the pandemic.

“So far, not a single person has been laid off and (we) have no plans of laying off any employee, “ he said.

As per Mr. Premji, with this crisis, the urgency of investment in public health is apparent for all as the criticality of global cooperation has never been clearer.

“We must come out of this crisis with an unflinching commitment to reducing inequity and disadvantage in the world. We have seen what our fellow human beings have gone through and are still living with. We cannot let this continue,” Mr. Premji added.

He foresaw virtual, remote, community-based and distributed work models to gain prominence as it would become the norm.

Over the past three and a half months, Wipro, through the Azim Premji Foundation and Wipro Foundation, had been supporting about 80 lakh people with some 28 crore meals. It has also helped about 30 lakh people regenerate their livelihoods.

Decision in 2-3 days over interest on deferred instalments by banks, Centre tells SC – Times of India

Data | How India fared in various COVID-19 parameters since March,...

24 years on, Mumbai court clears man of murdering his partner...