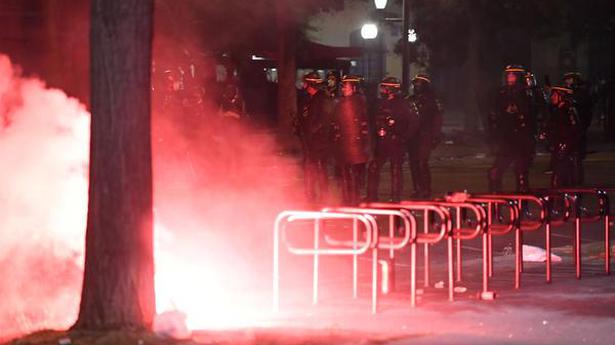 The trouble lasted several hours, as groups of fans threw bottles and fireworks at police, who responded with tear gas and rubber bullets.