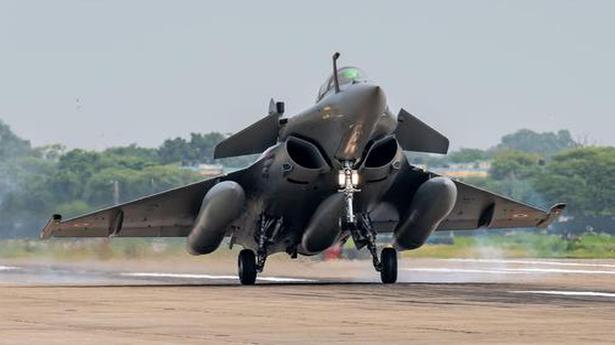 Citing sources in the CAG office, the report claimed that information regarding offset contracts were not shared by MoD


Launching a fresh attack on the Narendra Modi government over the Rafale fighter jet deal, former Congress president Rahul Gandhi on Saturday that money was stolen from the Indian exchequer.

Mr Gandhi’s latest attack on twitter followed a news report, which he tagged on his handle, that claimed that the Ministry of Defence (MoD) told the Comptroller and Auditor General (CAG) that details of the off-set deals would be shared by the makers of the Rafale — Dassault Aviation — three years after the deal.

Citing sources in the CAG office, the report claimed that information regarding offset contracts were not shared by MoD.

“Money was stolen from the Indian exchequer in Rafale. ‘Truth is one, paths are many,’ Mahatma Gandhi,” the Congress leader tweeted, quoting Mahatma Gandhi.

Last month, of the 36 Rafale fighters that India had order, the first batch of five Rafale jets were received last month. The Modi government had signed ₹59,000 crore deal with Dassault in September 2016.

In the run up to the elections, Mr Gandhi had made the deal his party’s main election plank and alleged financial irregularities and cronyism in the way Indian offset partners, especially Anil Ambani-headed Reliance Defence, were chosen.