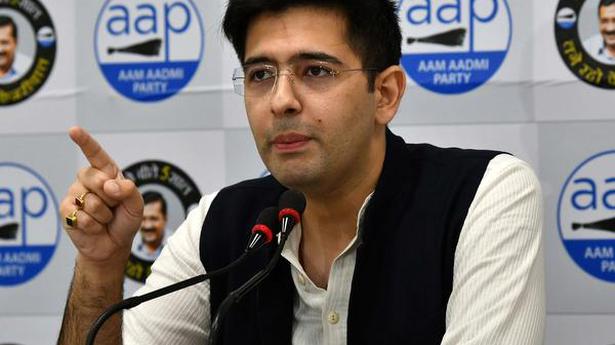 AAP MLA Raghav Chadha said that among the seven government bodies, four are under the Central government and three are under municipal corporations and the bills were for water, sewage and other services

New Delhi Seven government bodies, four under the Central government and three municipal corporations ruled by the BJP, have not paid dues of ₹6,811 crore to the Delhi Jal Board (DJB) for water, sewage, and other services, AAP MLA and Vice Chairman of DJB, Raghav Chadha said on Tuesday.

“Huge outstanding dues, Central government agencies and municipal corporations of Delhi have to pay the Delhi Jal Board. The total such dues is ₹6,811 crores,” Mr. Chadha while addressing a press conference.

Mr. Chadha said that of these seven bodies, four are under the Central government and three are under municipal corporations and the bills were for water, sewage and other services.

“In the first half of this month, we have sent show caution notices and recovery notices for recovery of this amount to departments and have given them 30 days’ time. These are unprecedented times and the Central government and municipal corporations should pay the dues,” he added.