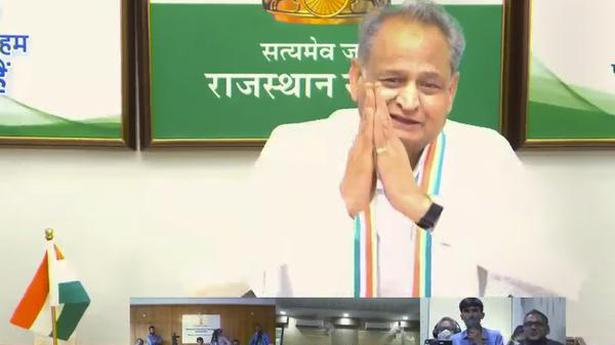 Rajasthan Chief Minister Ashok Gehlot has convened a meeting Sunday night of Congress MLAs and others supporting his government, amid speculation over his rift with deputy Sachin Pilot.

Mr. Gehlot has alleged that the opposition BJP is trying to topple the Congress government, and cited an FIR registered by the State police.

The BJP has dismissed the allegation, saying that the developments are related to infighting within the state unit of the ruling party.

Several ministers and Congress MLAs called on the CM during the day, indicating their support.

However, some MLAs said to be close to Deputy Chief Minister Sachin Pilot, who is also the State’s Congress chief, are reportedly in Delhi.

The meeting is being convened at 9 p.m. at the CM’s residence, party sources said.

Apart from the party MLAs, other supporting legislators have also been invited for the meeting, the sources added.