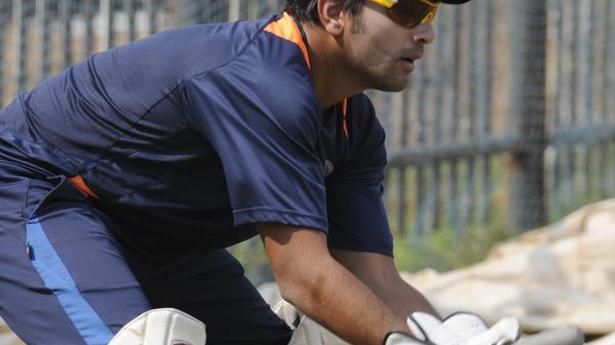 Dishant Yagnik will not leave for the UAE next week for IPL 2020.


Rajasthan Royals fielding coach Dishant Yagnik has tested positive for COVID-19 and will not join the rest of the franchise contingent in Mumbai ahead of their departure for the United Arab Emirates for the Indian Premier League’s 2020 edition.

While the former Rajasthan wicketkeeper confirmed his test results through a tweet, the franchise issued a detailed statement. According to the statement, Yagnik’s was an additional test besides the two mandatory tests prescribed by the BCCI before departing for UAE “to ensure as robust a process as possible”.

The BCCI had recommended two tests for all the players, the supporting staff and the management before the travel to the UAE. The Royals management has decided to conduct another test in addition.

“Dishant is currently in his hometown Udaipur and has been advised to get admitted to hospital for his 14 day quarantine. Post 14 days, Dishant will be undergoing two tests as per the protocols of BCCI. On return of two negative reports, he will be allowed to join the team after self isolating for six days and receiving three further negative tests upon his arrival in the UAE,” the statement added.

Yagnik is the first member of the IPL contingent to test positive for COVID-19 ahead of the tournament. Yagnik sought “blessings” from his well-wishers and asked individuals who came in close contact with him in the last 10 days to get tested for the virus.

The Royals management said no player or supporting staff has had any contact with Yagnik.

The IPL, which was originally scheduled to have been held from March 29 to May 24 in various Indian cities, had to be postponed and will now be held from September 19 to November 8 at three venues in the UAE – Dubai, Sharjah and Abu Dhabi.