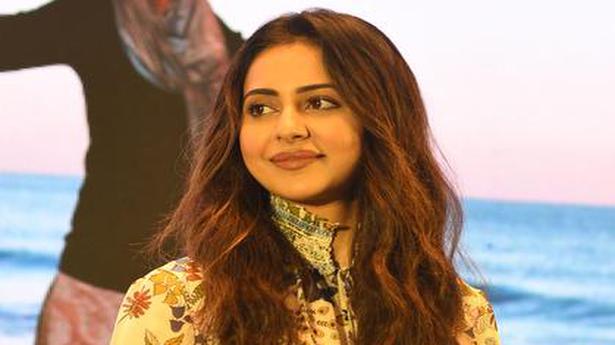 In her application, the 29-year-old actor has alleged the media of “simply running fake news” which are not based on “true, correct and verified facts”.

Actor Rakul Preet Singh has moved the Delhi High Court seeking to bar media from running any news linking her with the case of alleged drug use of movie stars till the time the Narcotics Control Bureau (NCB) completes the investigation and files report before the court.

In her application, the 29-year-old actor has alleged the media of “simply running fake news” which are not based on “true, correct and verified facts”. Ms. Singh said the media’s slander campaign against her has “irreparably damaged her reputation, dignity and clean image, and flagrantly violated her privacy and right to be left alone”.

The actor said she “does not take drugs at all, is a teetotaller and non-smoker, and is into fitness, yoga and meditation”.

She has claimed that after she left the NCB office, following summon to assist in the investigation, the media continued their slander campaign of attributing statements to her during investigation which she never made to the NCB.

“The media reported that the Petitioner (Ms. Singh) has supposedly confessed to the NCB that “Rhea Chakraborty would get drugs sent to her house” or that “Rhea wanted to take back her drugs back”. The Petitioner denies that she made any such statement,” her application before the High Court stated.

Ms. Singh, however, admitted to having Whatapp chats with Ms. Chakraborty, who is currently in custody in the alleged drug case being probed by NCB. These chat are from August 6, 2017 onwards till 2020, the application said.

“As far as the Petitioner is concerned, this solitary reference to a ‘doobs” on September 22, 2018 was nothing but mere rolled tobacco cigarette and not any banned substance, and that too, of Rhea Chakraborty; and this is what the Petitioner stated before the NCB on September 25, 2020,” her application stated.

“Most of the media, however, labelled this solitary reference as a “drug chat” and ran a campaign that the Petitioner has “confessed” to “drug chats” with Rhea Chakraborty,” she said.

On her main petition seeking to restrain news channels from airing contents which are defamatory or “suggestive innuendos” against her in the Rhea Chakraborty’s narcotic drugs case, the High Court had on September 17 issued notices to the Centre, Press Council of India, Prasar Bharat and News Broadcasters Association.

The High Court had then said, “It is hoped that media houses and TV channels would show restraint and abide by the Program Code and other guidelines while making report in connection with Rakul Preet Singh”.