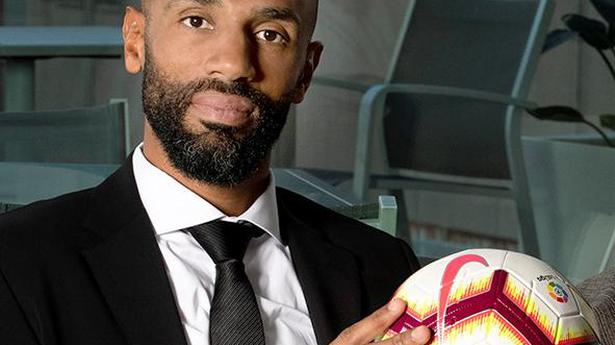 With Real Madrid leading the LaLiga football league table, one point ahead of Barcelona after 35 of the 38 matches, Frederic Kanoute felt that the demanding fans were driving the team to high standards as much as coach Zinedine Zidane.

“The team plays a very good style. The man in charge is giving the results. They have a fantastic system and play pragmatic football. There is not much room to complain,” said Kanoute, ambassador of LaLiga, who addressed the media along with Luis Garcia.

Kanoute was equally confident that Lionel Messi, who leads the scoring chart with 22 goals, will continue to deliver for Barcelona and keep it in contention for the trophy.

“What Messi is doing week in and week out is amazing. He is a step ahead of everyone. We are going to enjoy watching Messi for a few more years,” said Kanoute.

When the question swung to Liverpool winning the Premier League title, Garcia gave a lot of credit to coach Jurgen Klopp who had “built an amazing squad”.

“It is going to be the team to beat for some years as it continues to grow,” said Garcia, a former member of the Liverpool team.

About competing in front of empty stands, Kanoute said professional players could motivate themselves even in training sessions and that playing without fans at the stadium had not stopped them from performing to their best, even in tough conditions.

The ability of the players to adapt to the “new normal” in terms of sticking to the playing conditions emerging out of the COVID-19 pandemic also came for praise from the two ambassadors.

Sooraj Pancholi says he is being defamed in Sushant case