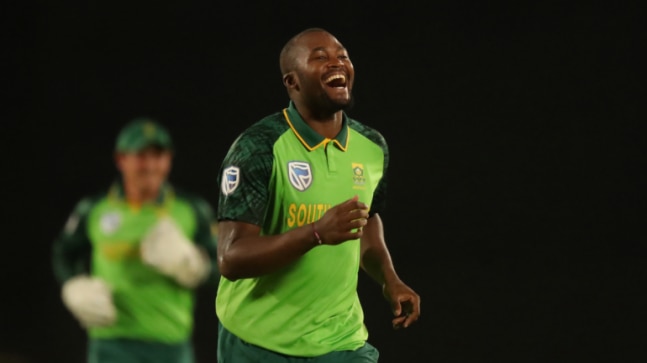 South Africa all-rounder Andile Phehlukwayo on Friday said that Proteas are still ‘a ‘work in progress but not far away from ending their World Cup drought.

South Africa were humbled to their worst World Cup showing in 2019 edition as they crashed out of the group stages with just 3 wins in 9 matches.

“I really believe it will happen. Maybe it didn’t look like it at the 2019 World Cup, where we really didn’t look after situations that on normal occasions we would take care of, but if you look at the current generation, it’s a lot of new players who are really hungry to perform,” Phehlukwayo was quoted as saying by ESPNCricinfo.

“Even in our current rebuilding phase, we have managed to beat strong teams who already have their formula set. It’s all about the mindset. Our brand is work in progress but we all know where we want to be. We are fully committed.”

“I believe I’m a genuine all-rounder because I can win games with bat or ball, but I understand that those arguments about the kind of player someone is would look at the stats,” Phehlukwayo said.

“I don’t think they consider whether the team needs you to bat or bowl more. Also the circumstances and environment on the day will dictate whether you will be better at one discipline in the situation.

“And then it’s also about the opportunity and how long you’re able to bat or bowl on the day. Sometimes you’re only at the crease for a very short period, for example, and it”s about the impact you can make in that time.”

NBA: Bruised Butler vows to bounce back after Lakers mauling |...