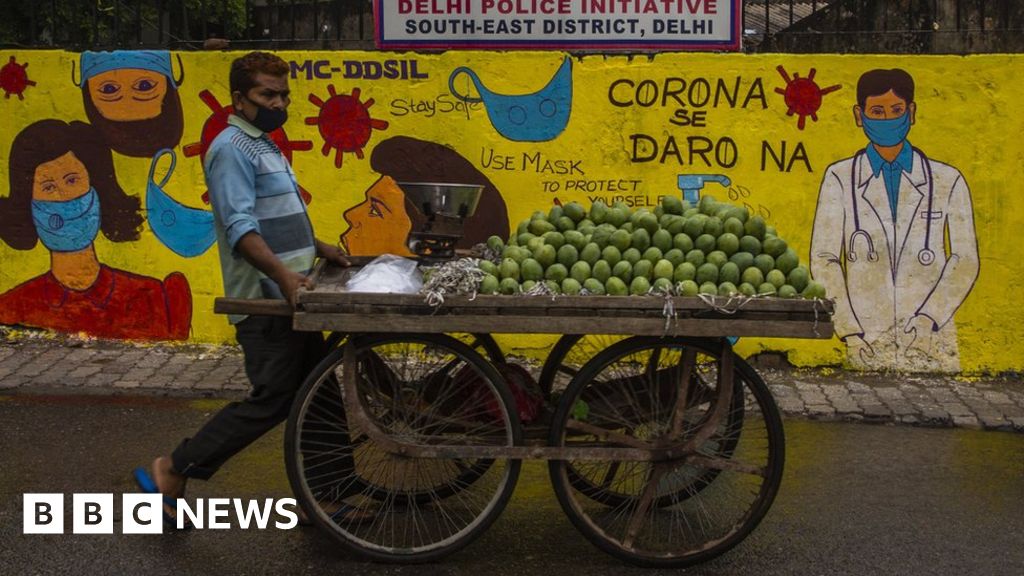 The number of new cases of coronavirus rose by almost 260,000 in 24 hours – the largest single-day increase since the pandemic began, the World Health Organization (WHO) said on Saturday.

According to WHO, this is the first time the number of new daily infections has surpassed a quarter of a million.

The biggest increases were in the US, Brazil, India and South Africa.

The global death toll from coronavirus also rose by 7,360 – the largest daily increase since 10 May.

The previous record rise in new confirmed cases was recorded by WHO just one day earlier.

The total number of confirmed cases of coronavirus passed 14 million on Saturday, according to the tally kept by US-based Johns Hopkins University.

What is happening in the US?

Cases are surging in several US states, particularly in southern states that were initially reluctant to enforce lockdowns or mandate the wearing of masks. Florida, Texas and Arizona have seen particularly high surges.

Florida is currently the epicentre of the US epidemic. The state recorded more than 10,000 new infections and 90 more deaths on Saturday, bringing its total number of cases to more than 337,000 and its death toll to more than 5,000.

In recent weeks, hospitals across the state had also warned that their ICUs were at capacity and that they were unable to accept any new patients.

Measures to stem the spread of the virus, including wearing masks, have become highly politicised in the US.

The US’s top infectious disease expert Dr Anthony Fauci urged state and local leaders on Friday to be “forceful” in making sure people wore masks, although President Donald Trump later said he would not mandate mask-wearing on a national level.

Which other countries are seeing surges?

In Brazil, where the coronavirus and measures to contain it have been highly politicised, cases continue to surge – although WHO announced earlier this week that cases were no longer increasing exponentially.

Scientists have also warned that India could still be months away from the peak of its outbreak – despite the country already having the third-highest number of confirmed cases. Hospitals in the worst-hit cities, including Mumbai and Bangalore, have been overwhelmed with patients.

India recorded another 34,884 infections in a 24-hour period on Saturday, and another 671 deaths linked to coronavirus.

And South Africa, which saw one of the largest single-day rises in cases, has the highest number of confirmed infections on the African continent.

Western European countries, which have managed to largely contain the spread of the virus, are now beginning to reopen their borders and businesses.

However, there are localised surges across Spain – the worst being in the country’s north-eastern Catalonia region.

The region has again recorded a daily increase in confirmed cases of more than 1,000, and about four million people in ​​Barcelona, ​​La Noguera and El Segrià have been ordered to stay at home for 15 days.

Among the measures imposed are a ban on public or private meetings of more than 10 people, a ban on visits to nursing homes, and the closure of gyms and nightclubs.

Spain only ended its tough national lockdown about four weeks ago and was hoping to kick-start the economy, particularly with tourism numbers.

The streets of Barcelona were reported emptier on Saturday, although some residents may have defied orders and headed off in cars for second homes.

Neighbouring France is now considering closing borders with Spain in response to the surge.

When asked whether a closure of borders could be possible, new Prime Minister Jean Castex said: “We are monitoring this very closely, here in particular, because it is a real issue that we also need to discuss with the Spanish authorities.”

The French border was only reopened to general citizens on 21 June.

How are the EU’s plans for coronavirus relief going?

On Saturday, discussions in Brussels over a huge post-coronavirus economic recovery plan ground on.

Some “frugal” northern nations like the Netherlands and Sweden have balked at the €750bn ($857bn; £680bn) package, arguing it should be loans not grants.

A revised plan would tone down the level of grants but there appears to be a long way to go.

The talks are now going into a third day on Sunday.