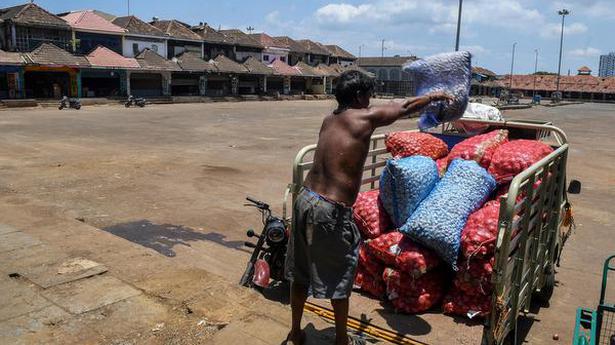 Tamil Nadu Vanigar Sangankalin Peramaippu has demanded that the Koyambedu wholesale market complex must be reopened soon to sustain livelihood of farmers and traders.

In a press release, its president A.M.Vikramaraja said traders had extended cooperation in operating from alternative sites. However, they faced several issues, including labour shortage, increase in transportation charges and loss of sales. He suggested that the Koyambedu market be reopened for wholesale and retail trade after disinfecting the area.

Moreover, several other wholesale businesses, including textile, foodgrains and electronic goods, in George Town and Kothwal Chavadi also awaited announcement on reopening of shops. Several shops in Godown Street and Govindappa Naicken Street had been closed for several days now and this had affected traders and labourers.

Similar situations prevailed in other parts of the State too. The State government must take measures to reopen the commercial zones in the State, he said.