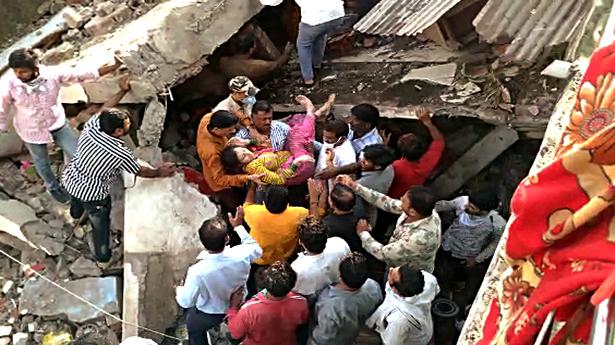 The two-storey private building with a temporary shade on the third floor collapsed near the Lalgate area in the city.


Nine persons were rescued while a few more were feared trapped under the debris of a building which collapsed here in Madhya Pradesh on Tuesday evening, an official said.

The two-storey private building with a temporary shade on the third floor collapsed near the Lalgate area in the city, he said.

Nine persons have been rescued so far and sent to the hospital, Dewas district Superintendent of Police (SP) Dr. Shivdayal said.

A few more persons were still feared trapped under the debris, he said, adding a rescue operation was on at the site.