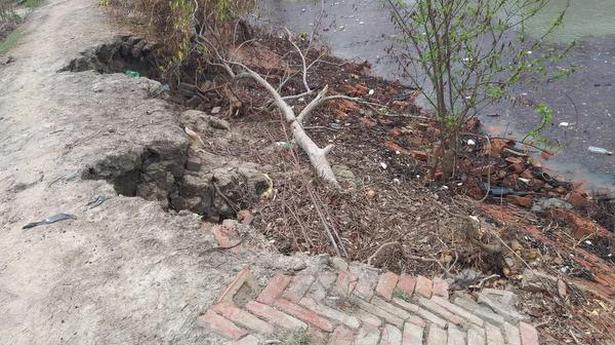 Cyclone Amphan, which battered south Bengal and especially the Sunderbans, has brought the focus back again on how mangrove forests save the fragile coastal West Bengal ecosystem. At a time when both government and non-government agencies are emphasising stepping up the plantation of mangrove forests to save the ecologically sensitive Sunderbans, a small patch of degraded mangrove forest, which was restored by experts, has provided visible evidence of how mangroves can serve as the first wall of defence against cyclones.

Also read: Over 28% of Sunderbans damaged in Cyclone Amphan

Under a project of the Department of Biotechnology, Government of India, scientists from the West Bengal State University have started working on a project for the restoration of mangroves in an area of two hectares at Ramganga under Patharpratima block of South 24 Parganas. In the aftermath of Cyclone Amphan, researchers feared that the patch of bio-restored plot would have been destroyed.

To their surprise, the forest patch not only remained intact, it protected the embankments behind it as well. “Our bio-restored plot successfully sustained the brunt of the recent Cyclone Amphan and protected the shorelines, whereas shorelines protected by only concrete or mud embankments in the vicinity of the plot have been completely washed out. This is an eye-opener for policymakers that concrete embankments will fail to save the Sundarbans from cyclonic surges, until and unless these embankments are buffered by multi-species mangrove fringes as a sustainable frontline climate change protection mechanism,” said Krishna Ray, Assistant Professor, Department of Botany, West Bengal State University. The bio-restoration of degraded patches of forest started in 2013 and now there are about 22 species of mangroves in an area spread over two hectares.

Also read: Monsoon adds to the plight of Amphan-battered Sunderbans

According to the West Bengal government, about 1,200 sq km of mangrove forests in the Sunderbans has suffered damage due to the Cyclone Amphan. Experts point that mangroves not only reduce wind speed drastically but also break the waves during the storm surge triggered by the cyclone. Mangroves are threatened by anthropogenic pressures. Chief Minister Mamata Banerjee has set up an ambitious target of planting 5 crore mangrove trees in the Sunderbans.