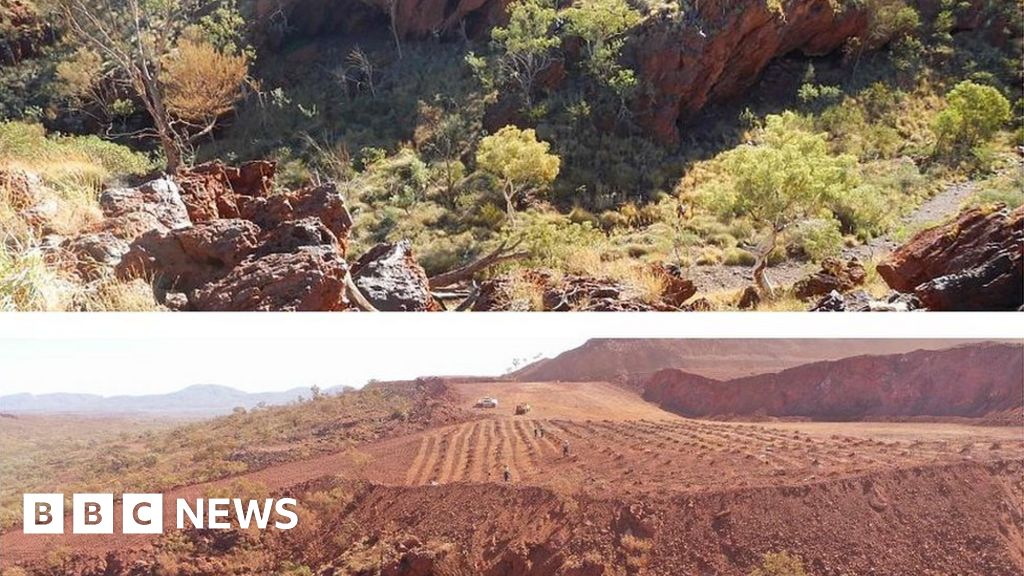 Mining giant Rio Tinto has cut the bonuses of three executives over the destruction of two ancient caves in Australia.

The company went ahead with the destruction of the Juukan Gorge rock shelters despite the opposition of Aboriginal traditional owners.

They were among the oldest historic sites in Australia.

Chris Salisbury, chief executive of iron ore, and Simone Niven, group executive of corporate relations, will lose payouts of more than half a million pounds each.

The company, whose shares are listed in both London and Sydney, said it would provide more details on the bonus cuts in its 2020 remuneration report.

All three will remain in their roles.

“It is clear that no single individual or error was responsible for the destruction of the Juukan rockshelters,” said Rio Tinto chairman Simon Thompson.

“But there were numerous missed opportunities over almost a decade and the company failed to uphold one of Rio Tinto’s core values – respect for local communities and for their heritage.”

The sites were above about eight-million tonnes of high-grade iron ore, with an estimated value at the time of £75m.

“We will implement important new measures and governance to ensure we do not repeat what happened at Juukan Gorge and we will continue our work to rebuild trust with the Puutu Kunti Kurrama and Pinikura people,” said Mr Thompson.

The review found that while the company had obtained legal authority for the blasts, the decision fell short of the standards and internal guidance Rio Tinto had set for itself.

It also found that the firm had failed to properly engage with the Puutu Kunti Kurrama people, the traditional owners of the site.

After the caves were destroyed, a PKKP representative, John Ashburton, said losing the site was a “devastating blow”.

“There are less than a handful of known Aboriginal sites in Australia that are as old as this one… its importance cannot be underestimated,” Reuters news agency quoted him as saying.

“Our people are deeply troubled and saddened by the destruction of these rock shelters and are grieving the loss of connection to our ancestors as well as our land.”

Mr Salisbury apologised for the company’s actions at the time: “We are sorry for the distress we have caused.”

The BBC has contacted the PKKP Aboriginal Corporation for comment.