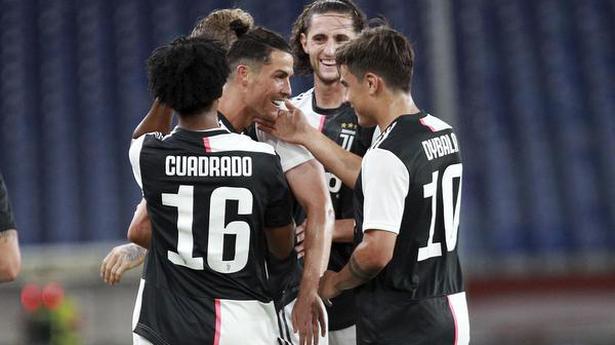 Cristiano Ronaldo scored with a long-range rocket on a night when each Juventus goal was more spectacular than the other in a 3-1 win at relegation-threatened Genoa.

Since losing the Italian Cup final to Napoli in a penalty shootout, Juventus has won all three of its league matches in the restart.

“We produced a ton of chances and we scored three beautiful goals,” Juventus coach Maurizio Sarri said. “That shows that our physical condition is improving.”

Paulo Dybala opened the scoring shortly after the break by evading three defenders before firing in a low shot that Genoa goalkeeper Mattia Perin, who is on loan from Juventus, could only get a weak hand on.

Juventus’ Cristiano Ronaldo, right, runs with the ball during the Italian Serie A soccer match between Genoa and Juventus at the Luigi Ferraris stadium in Genoa, Italy, Tuesday, June 30, 2020.
| Photo Credit:
AP


Seven minutes later it was Ronaldo’s turn. The five-time Ballon d’Or winner gathered a pass near midfield, charged toward the goal and unleashed a blistering effort from 22 meters into the top corner past the outstretched Perin.

It was Ronaldo’s first goal in open play of the restart after converting penalties in his previous two matches, and it raised his total to 24 in 25 Serie A matches this season.

Not to be outdone, substitute Douglas Costa made it 3-0 by curling in a shot from beyond the area inside the far post as Genoa’s defense looked on helplessly.

Andrea Pinamonti then pulled one back for Genoa from a tight angle.

Dybala and Ronaldo had scored while playing together only once before the break for the coronavirus pandemic. Since the restart, they’ve scored together in three out of three games.

“They’re looking for each other more and they’ve realized that by helping each other they can both become much more productive,” Sarri said. 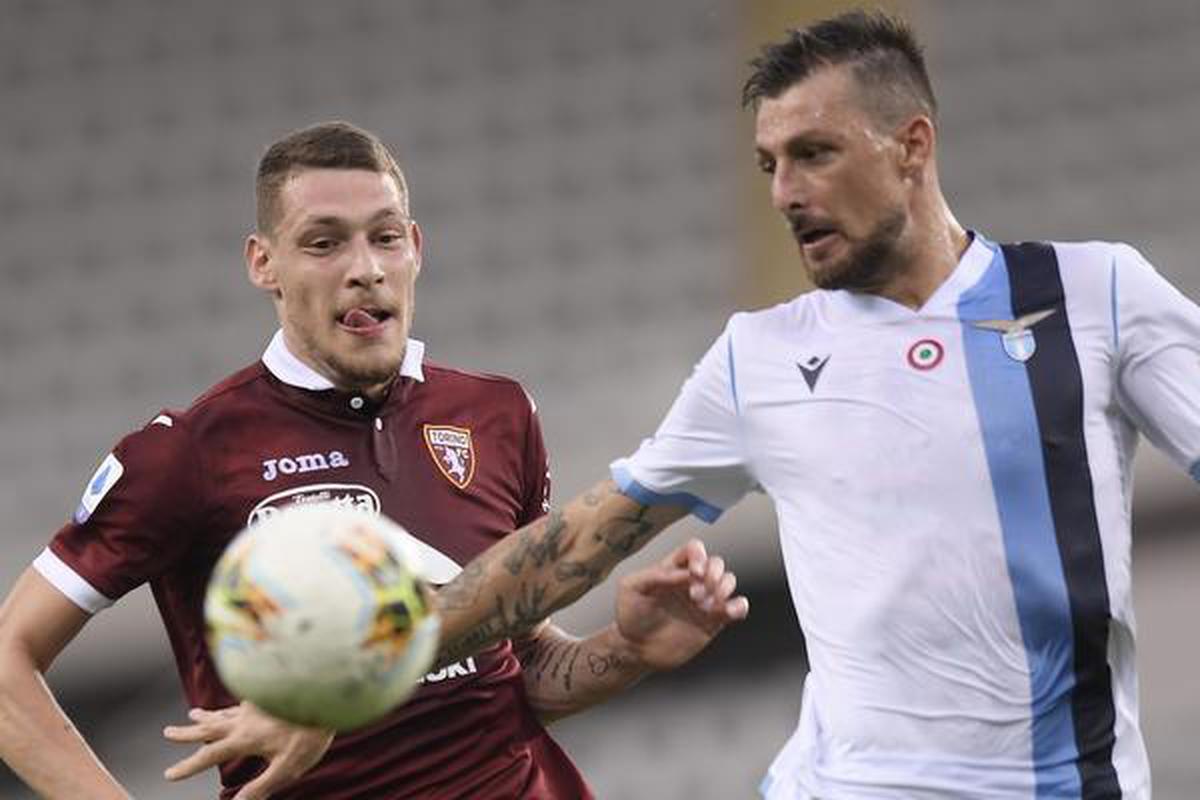 
Three days after coming back to beat Fiorentina 2-1, Lazio did it again to beat Torino by the same score.

A handball from Immobile led to Bellotti’s penalty and means the striker will miss Saturday’s game against AC Milan with a suspension.

But Immobile made up for his error with an expert finish shortly after the break to raise his total to 29 goals in 29 games — on pace to break Gonzalo Higuain’s Serie A record of 36 goals in 2015-16.

Immobile also matched his personal best for a Serie A season set two years ago. Parolo scored the winner with a deflected shot from just beyond the area. Torino is 14th, six points above the drop zone.

‘Leagues can start without foreigners’