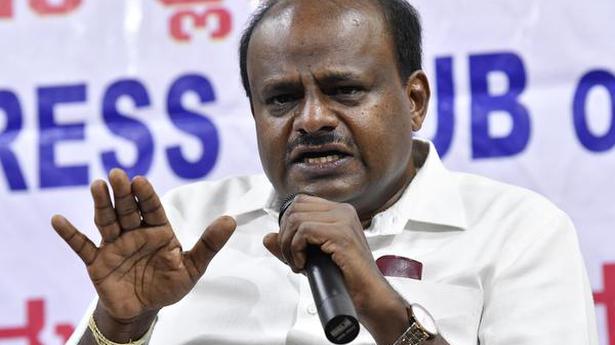 The former Chief Minister H.D. Kumaraswamy on Sunday slammed Secretary of the Union Ministry of AYUSH Vaidya Rajesh Kotecha, who had asked Tamil Nadu officials to leave a meeting after they informed him that they could not understand Hindi.

In a series of tweets on Sunday, Mr. Kumaraswamy asked: “Is it not a violation of federal system to ask the participants to go out of the meeting for not knowing Hindi? The Secretary has informed that he does not know English. Is his move a request for not knowing English? or is it a shameless enthusiasm to impose Hindi?”

Mr. Kumaraswamy said: “Just because other language speaking people, including those speaking Kannada, do not know Hindi, how much more sacrifices are expected? The Union Government should take action against Mr. Kotecha for his Hindi supremacy though, and respect the federal system.”