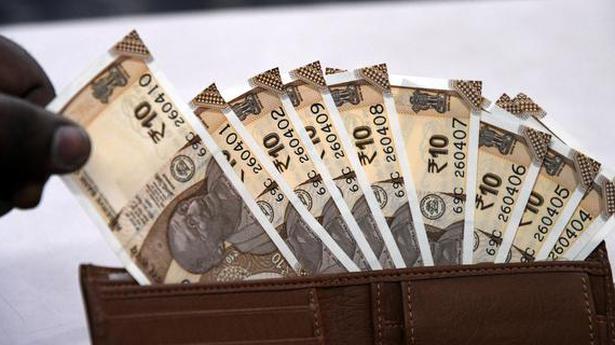 The rupee appreciated 8 paise to close at 75.54 against the U.S. dollar on Monday on easing trade worries and optimism over the government’s move to reopen the economy after a more than two-month lockdown.

Also read: Why has the rupee fallen against the dollar?

The government on Saturday said a phased exit would begin on June 1 from the over-two-months-long nationwide lockdown.

Announcing the new guidelines, the home ministry said a complete lockdown would continue till June 30 in areas identified as COVID-19 containment zones across the country, but restrictions would be lifted in a phased manner at other places after the ongoing fourth phase.

The dollar index, which gauges the greenback’s strength against a basket of six currencies, fell by 0.37 % to 97.98.

“One important highlight of the day is that 12 Indian banks started trading in the offshore rupee NDF markets.

“The most ambitious step to get a tighter grip on rupee trading, which has been shifting to markets like London and Singapore, is being put to the test as the nation’s banks start trading the currency in offshore markets,” said Devarsh Vakil, Head Advisory, HDFC securities.

Mr. Vakil further added that the benefit of the same will be seen in coming months if volumes shift to domestic markets.

The Reserve Bank in March had allowed banks to participate in offshore non-deliverable forward (NDF) rupee markets with a view to contain volatility in the domestic currency. The decision was effective from June 1, 2020.

India’s GDP growth tumbled to 3.1 % in the March quarter — the slowest pace since the global financial crisis more than a decade back. In 2019-20, the Indian economy grew by 4.2 %, the slowest in 11 years.

IPL 2020: Rahul Tewatia’s sixes against Sheldon Cottrell brought us back...