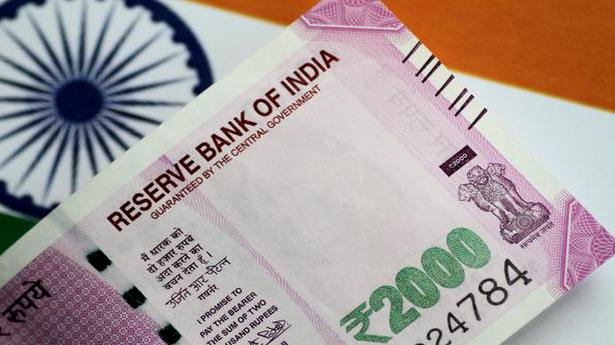 The rupee depreciated 10 paise to provisionally close at 75.57 against the US dollar on Thursday as strengthening US dollar and weak domestic equities weighed on investor sentiment.

The rupee opened weak at 75.62 at the interbank forex market, then gained some lost ground and settled for the day at 75.57 against the US dollar, down 10 paise over its last close.

It had settled at 75.47 against the US dollar on Wednesday.

During the trading session, the local currency touched an intra-day high of 75.38 and a low of 75.62 against the US dollar.

Foreign institutional investors were net buyers in the capital market as they bought equity shares worth ₹ 1,851.12 crore on Wednesday, according to provisional exchange data.

The dollar index, which gauges the greenback’s strength against a basket of six currencies, rose by 0.34 per cent to 97.60.