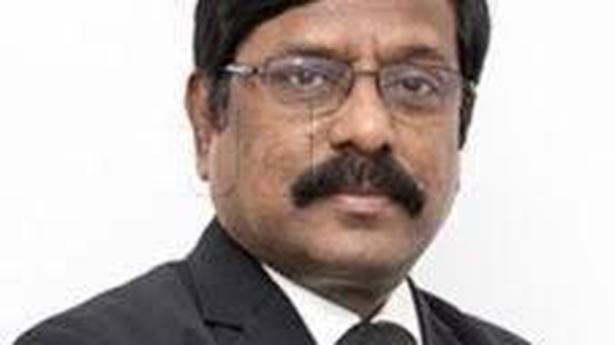 S.M. Chandramohan, renowned senior surgical gastroenterologist, passed away on Monday morning after he suffered a heart attack. He was 63 years old.

Dr. Chandramohan served until his retirement with the government in the department of Surgical Gastrenterology, going on to retire as head of the Institute of Surgical Gastroenterology that he founded. Post-retirement, he was Director, International student programme at Sri Ramachandra Medical college.

Dr. Chandramohan was reputed as a surgeon par excellence, but he was equally renowned for his gentleness and kindness, and for going out of his way to help the poor. Doctors save lives but he went out of the way to rehabilitate men and women who had tried to end their lives.

Health secretary J. Radhakrishnan said, “I am deeply saddened by his death. He was an extremely committed and highly knowledgeable and skilful professor. He was also extremely active in social service and conducted regular awareness programmes. I will miss him.”

For over two decades Dr. Chandramohan had been treating people who consumed acid either by accident or design. Often, these people had to undergo multiple surgeries leaving them with a compromised gastric system. Hundreds of such survivors are now living a normal life and have been volunteering with him to help rehabilitate other survivors of acid ingestion.

Joyce consumed acid in a fit of depression in 2006, and the acid burned through her foodpipe. She came to the Government Royapettah Hospital where Dr. Chandramohan conducted a series of surgeries to enable her lead a normal life.  Joyce was inconsolable on hearing the news. “I could not even drink water. He did the surgery and did not charge me, even for scans,” she recalled. “I am alive because of him. He took care of me so well, I am distraught!” she sobs.

Born in a family of modest means, Dr. Chandramohan was a topper in school and college. He graduated from Thanjavur Medical College and served in rural Primary Health Center before doing MCh in surgical gasteroenterology under the late N Rangabashyam in MMC. Later, he founded the Department of Surgical Gastroenterology at the Institute of Non Communicable Diseases at the Government Royapettah Hospital and became a professor at Government Kilpauk Medical College in 2000.

He is credited with having developed techniques for reconstruction of the oesphagus. Among the techniques he evolved is the self-dilatation technique which the patients can do themselves. This created a major impact in easing the management of some complex problems. He had a special interest in managing gastric, oesophageal cancers and GE junction tumours.

He described innovative surgical techniques in the management of complex pharyngo oesophago gastric strictures due to corrosives are being followed globally.  He founded EsoIndia, a non profil organisation that not only helps young surgeons, medical professionals in research but also helps them connect with society.

Indira Jagannath, who is a part of all programmes for cancer survivors that he organise, sets great store by his human touch. R.B. U. Shyam Kumar, also a cancer survivor, has been associated with t him since 2007, conducting awareness programmes and marathons for.cancer survivors. “He was a friend. More than anything it was his human touch and his kindness that impressed me.”
If his surgical acumen has drawn admiration from his colleagues who looked up to him for advice, and juniors, he was a great inspiration for students too. He encouraged youngsters to get involved in research, and himself anchored several research projects at all the institutions he served. Students remember him fondly as the person who even arranged for their travel abroad to attend prestigious medical conferences even if they themselves could not afford the trip. His immediate junior D. Kannan, who was also a professor at MMC said, “He is a great teacher.”

J. Amalorpavanathan, vascular surgeon, and a friend of Dr. Chandramohan and his family for 30 years, ” We were close to each other, professionally I would look to him for guidance. Academically, he was sterling in conducting medical research, publishing scientific papers and training students. He chose the oesophagus – a very difficult field because of the very structure of the food pipe, and failures were high. But he told me that it is precisely because no one else took it up that he had to. He went on to become so successful in the field, and saved countless lives. He proved himself to be the best in the world, in his chosen field.”

Even for lay persons and patients were touched by his excellent bedside manner, and at a personal level by his unassuming, affable nature. He was approachable, and always had time for everyone in his life, and despite his busy schedule made sure he remained rooted to his family, Dr. Amalorpavanathan says.

His friends recalled that for Dr. Chandramohan, living life well was important, and with his skill and concern, he helped thousands of others do so too. His treatment of victims of acid ingestion brought together hundreds of men and women who became his volunteers in carrying forward the message that life must be lived, and lived well.

Dr. Chandramohan has won several accolades in his long and illustrious career, both at the national and international level, and he served as the secretary of the Indian Association of Surgical Gastroenterology (IASG) and is a member of the International

He is survived by his wife Rema Chandramohan who is the Director in-charge of the Institute of Child Health, Chennai, and two daughters who are both doctors. His elder daughter is a paediatrician and his younger daughter finished her house surgeonship in March this year.

Travel the world from your dining table, hop on the pineapple tart express

Watch | All about the Industrial Relations Code 2020