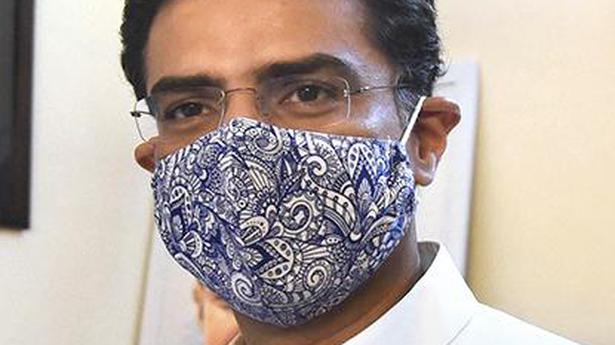 Congress leader Sachin Pilot on Saturday wrote to Prime Minister Narendra Modi demanding that the Eastern Rajasthan Canal Project be declared a national project as it will address the drinking water and irrigation needs of 13 districts in the State.

The former Deputy Chief Minister in a letter to Mr. Modi said the project will become the lifeline of the districts in East Rajasthan where agriculture and animal husbandry is the prime source of livelihood but groundwater in the area is depleting.

He said the NITI Aayog has also included Dholpur and Karauli districts in “aspirational district” category because they are half developed.

Highlighting the importance of water in the development of a region, the Tonk MLA said Rajasthan’s geographical area is 10% of the country’s area but only 1.16% of surface water and 1.72% of groundwater of the country is available in the State.

“Since 245 of total 295 blocks are under the dark or critical zone, the State government had forwarded a proposal of the eastern canal project, which aims to develop irrigation area of nearly 3 lakh hectare, to the Centre for technical approval and financing,” Mr. Pilot wrote.

He said the project will accelerate the overall development not only in eastern parts but in the entire State and requested the PM to give technical sanction and financial assistance for the project worth ₹37,247 crore.

Woman relieved of jewellery at gunpoint

Gang that shot at man held