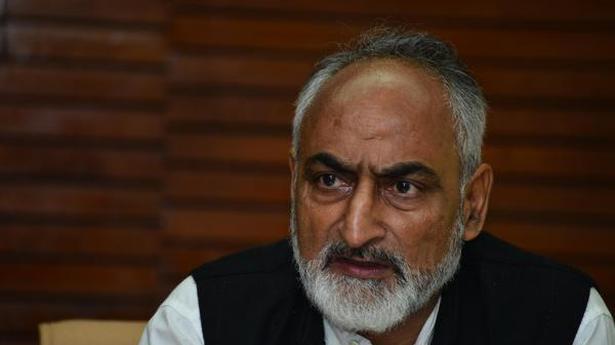 Director of CCMB, Rakesh K Mishra said if people are“lucky” then the Russian vaccine will work


The efficacy and safety levels of the vaccine developed by Russia for treating COVID-19 patients is not predictable in the absence of data, a top official of the CSIR-Centre for Cellular and Molecular Biology said on Wednesday.

His remarks come in the backdrop of Russian President Vladimir Putin’s announcement that his country has developed the world’s first vaccine against coronavirus.

Director of CCMB, Rakesh K Mishra said if people are“lucky” then the Russian vaccine will work.

“Both, efficacy and safety of the vaccine is still unknown. They haven’t conducted proper trials, which is stage-III trials. That is when you get to know the efficacy, when it is tested on a large number of people and wait for two months and see whether they get a viral infection or not.

Doesn’t look like they have carried out (large scale testings) because if you have done it, then show us the data. You cannot keep it confidential,” Mr. Mishra told PTI.

He noted that the vaccine ought to be carefully evaluated before it goes to people and any country or company not releasing the data with respect to vaccine was bad.

“It (Russian vaccine) is not safe.. normally in any country this should not be allowed unless the vaccine goes to stage 1, 2 and 3 trials.

I think the Russian government passed a law recently, a couple of months back, that they have to fast track the vaccine preparation,” the CCMB official said.

Asked about the progress of vaccines being developed by Indian pharmaceutical companies, Mr. Mishra said the data pertaining to Stage-I and II are yet to be published and it is expected that they may come by the end of August or first half of September.

“I will not be surprised if this first stage and second stage results are encouraging, because many vaccines have passed it. The real test is in stage-III,” he pointed out.

The first dose of the vaccine-Sputnik-V, developed by the Gamaleya National Research Center for Epidemiology and Microbiology of the Russian Healthcare Ministry was administered to Mr. Putin’s daughter and she is stated to be ’feeling well.’

Mr. Putin has claimed that the vaccine has proven efficient during tests, offering a lasting immunity from the coronavirus.