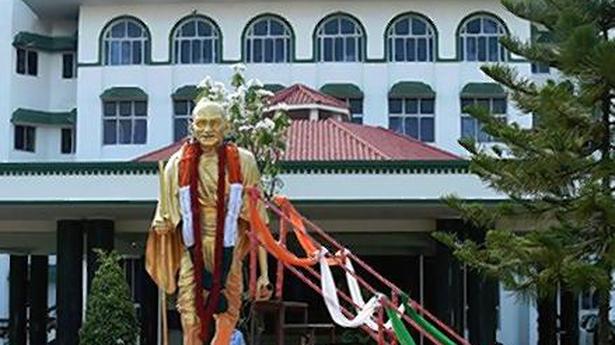 The Madurai Bench of the Madras High Court on Thursday directed the CB-CID to submit in a sealed cover the status report on the investigation carried out so far in the Sattankulam custodial deaths of trader P. Jayaraj and his son J. Benicks.

A Division Bench of Justices M. Sathyanarayanan and P. Rajamanickam observed that the CBI or the CB-CID should take immediate and necessary steps to file a petition within 15 days to get the custody of the accused for inquiry.

The court directed the CBI to use the materials collected by the CB-CID and also appealed to the media not to misinterpret court proceedings or indulge in a media trial as it may affect the prosecution and the accused. During the course of the hearing, Assistant Solicitor General V. Kathirvelu informed the court that a seven-member CBI team would be arriving in Madurai on July 10 and a request had been placed before the Chief Secretary to provide the required facilities.

Additional Advocate General (AAG) K. Chellapandian told the court that 10 policemen (Sridhar, Balakrishnan, Raghu Ganesh, Murugan, Chelladurai, Samidurai, Thomas Francis, Veyilmuthu, Pauldurai and Muthuraj) had been arrested in connection with the custodial deaths. Further, the AAG submitted that the statement under Section 164 of the CrPC had been recorded by witnesses in the case.

The investigating agency was also making preparations to file a petition for custody, he informed the court.

The AAG submitted that compensation of ₹20 lakh had been given to the family of the traders and a proposal to provide a government job to a family member of the victims was under consideration.

Taking note of the submissions, the court suo motu impleaded the CB-CID and the CBI as respondents in the case.

It directed that the required facilities be provided to the CBI for the investigation and adjourned the hearing till July 28.

Meanwhile, two separate petitions were filed before the High Court in connection with the case.

The petition filed by K.S. Arjunan of the CPI(M) sought a direction for a probe into the deaths by a special investigation team. The court ordered notice to the State.

Another petition by advocate L. Vasuki seeking a direction to the State to ensure that the guidelines laid down by the Supreme Court in the landmark Lalita Kumari case were followed, was closed with a liberty to file an intervening petition in the case.

The principal sessions court here on Thursday adjourned to July 13 the hearing on the bail petition filed by Sridhar, the suspended Sattankulam inspector who has been arrested in the custodial deaths case along with two sub-inspectors, a special sub-inspector, a head-constable and five policemen.

Though the other accused in this case — sub-inspectors Balakrishnan and Raghu Ganesh, head constable Murugan and constable Muthuraj — were also expected to file bail petitions, Sridhar had opted for early relief.