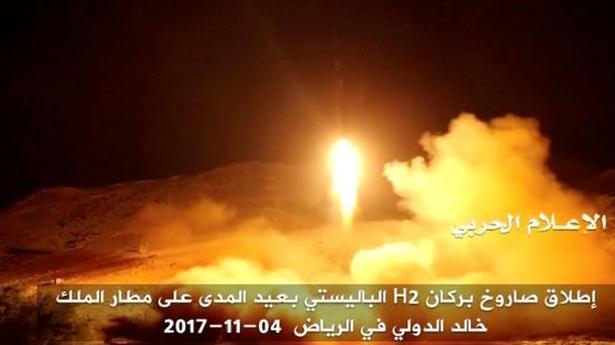 Saudi Arabia said on Tuesday that it intercepted ballistic missiles and bomb-laden drones launched by Yemen’s Houthi rebels in an attack that began the previous night.

The kingdom has fought a yearslong war against the Iranian-backed Houthis, who seized Yemen’s capital in September 2014.

The rebels did not immediately acknowledge the attack, though their Al-Masirah satellite news channel said their forces would make an announcement later in the day about a broad operation in Saudi Arabia.

The attack began late Monday, with a brief statement on the state-run Saudi Press Agency suggesting other drones may have slipped passed Saudi air defenses, without elaborating.

On Tuesday, the SPA news agency quoted the kingdom’s military spokesman, Col. Turki al-Malki, as saying that Saudi air defenses intercepted a ballistic missile fired toward Riyadh.” The report did not elaborate.

Al-Malki said the Houthis launched two other ballistic missiles and eight bomb-carrying drones in the attack, all of which the kingdom destroyed.

The Houthis have in the past launched drone and missile attacks against the kingdom, which has used its airpower to carry out devastating airstrikes that have also killed Yemeni civilians, drawing international condemnation.

The rebels have largely ignored a unilateral cease-fire earlier declared by Saudi Arabia, which launched its campaign against them in 2015 to back Yemen’s internationally recognized government.

The attack came after Saudi Arabia announced on Monday that Yemen’s southern separatists, backed by the United Arab Emirates, and the country’s internationally recognized government have agreed to a cease-fire after months of infighting.

The agreement aims to close the rift between Saudi Arabia and the United Arab Emirates, nominal allies in a war against the Houthis.