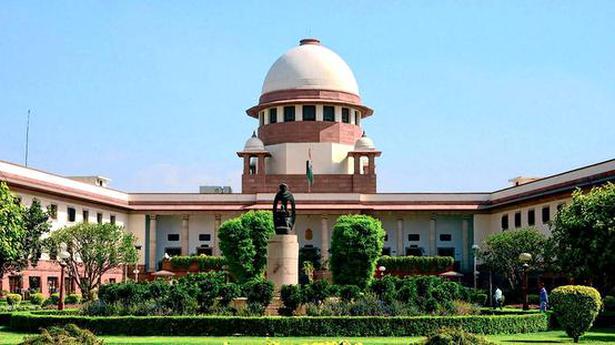 The Supreme Court questioned the Reserve Bank of India’s (RBI) regulatory package requiring the continuation of payment of interest on bank loans after the three-month moratorium during the pandemic lockdown is lifted.

“On one hand granting moratorium and then payment of interest… This is detrimental… These are unprecedented times… These are not normal times,” Justice Sanjay Kishan Kaul orally remarked during the virtual court hearing.

Justice M.R. Shah, also on the Bench led by Justice Ashok Bhushan, wondered what relief had ultimately been granted if loan interest continued to accrue for the moratorium period.

Justice Bhushan said there were two issues in the case. One, whether interest should be charged at all during the moratorium period. Two, whether there should be an accrual of interest to be paid by the borrower in bulk or at a monthly basis after the lifting of the embargo.

Next hearing on June 12

The court scheduled a hearing on June 12.

The hearing came a day after the RBI filed an affidavit in court saying it did not consider it prudent or appropriate to go for a forced waiver of interest, risking the financial viability of the banks it was mandated to regulate and putting the interests of the depositors in jeopardy.

Senior advocate Rajiv Dutta, for petitioner Gajendra Sharma, said the RBI affidavit reflected that the Central bank placed “profitability of banks over and above public interest in these distressing times”.

Mr. Dutta reminded the court about how it had recently said that commercial interests should not overawe public health and interest. This was with reference to Air India’s decision to assign middle seats to passengers in the Vande Bharat mission flights.

In its affidavit, the RBI was responding to a petition challenging the charging of interest rate on loans even during the three-month moratorium period declared amid the COVID-19 pandemic and national lockdown. The RBI had recently extended the moratorium till August 31.

The Central bank said its regulatory package introduced amid the pandemic lockdown was “in its essence in the nature of a moratorium deferment and cannot be construed to be a waiver”.

“Banks are commercial entities that intermediate between depositors and borrowers. They are expected to run on viable commercial considerations,” the affidavit said.

The RBI reasoned that banks were custodians of the depositors’ money.

“Actions are guided primarily by the protection of depositors’ interests… Any borrowing arrangement is a commercial contract between the lender and the borrower… Interest or advances form an important source of income for banks,” the RBI said.

It said the regulatory package introducing the moratorium was permitted with the object of mitigating the burden of debt servicing brought about by the disruption on account of COVID-19 to ensure continuity of viable businesses.

A Bench led by Justice Ashok Bhushan had earlier issued formal notice to the Central bank and the Centre on a petition by Gajendra Sharma, who said though there was a moratorium on loans, there was also accrual of interest, which had to be paid in bulk or at a monthly basis after the lifting of the embargo.

The court had wanted to know why the government and the RBI seemed to think that natural justice was not violated when “the government, on one hand, ceased the working of individuals and, on other hand, is asking to pay the loan interest during moratorium”.

Central to the challenge in the petition was the RBI notification of March 27.

“The interest charged during moratorium period would be added up into the EMIs at the end of three-month forbearance. It will have to be paid in one go or be equally divided in all future EMIs. The monthly bill for customers will increase… In the present scenario, when all the means of livelihood has been curtailed by the government of India by imposition of lockdown and the petitioner has no way to earn a livelihood, the imposition of interest will defeat the very purpose of permitting moratorium on loans,” the petition contended.