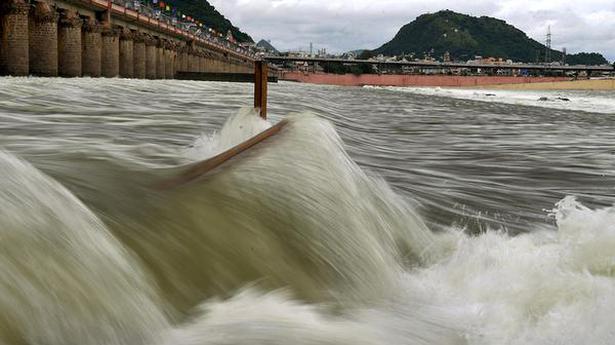 The first flood warning was issued when the flood discharge was 3.96 lakh cusecs at around 7 a.m.

The flood level in Krishna River has been rising rapidly over the past night and officials of the Water Resources Department issued a second flood warning at 8.45 a.m. when the outflow from the Prakasam Barrage crossed 5.69 lakh cusecs.

The discharge is bound to increase as more outflow at Pulichintala project upstream of the Barrage is reported. The inflows would also increase due to the recent heavy rainfall.

In the past 24 hours, as of Wednesday morning, Krishna district witnessed an average of 45.3 mm rainfall. Vijayawada urban and rural areas received 56.2mm rainfall.