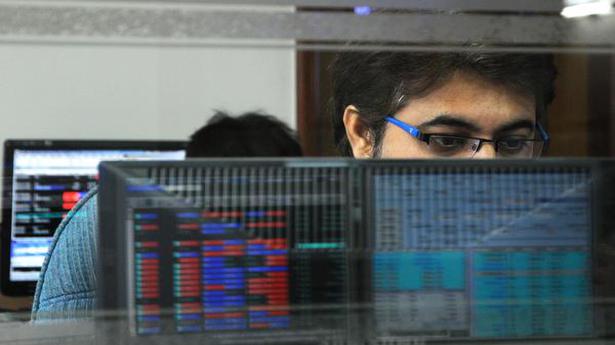 Equity benchmark Sensex surrendered most of the day’s gains to end marginally higher on June 8 as investors chose to book profits after a swift market rally.

Shares of Reliance Industries (RIL) jumped around 3% during the day, hitting their one-year peak, after the company sold 1.16% stake in its digital unit Jip Platforms to Abu Dhabi Investment Authority for ₹5,683.50 crore.

Shares, however, closed 0.51% lower as investors cashed in on recent gains. M&M, UltraTech Cement, HDFC Bank and Nestle India were also among the laggards.

However, during the afternoon session, benchmarks gave up most gains on profit-booking by traders after an almost 1,200 point rally in Nifty since last week, he added.

On the global front, bourses in Shanghai, Hong Kong, Seoul and Tokyo settled with gains, while those in Europe were trading on a weak note.

On the currency front, the rupee settled on a muted note, up 3 paise, at 75.55 (provisional) against the U.S. dollar.