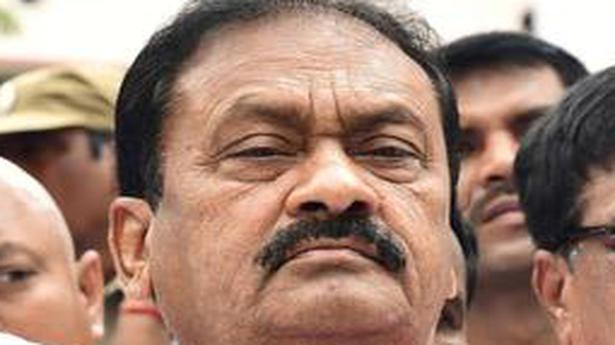 Former Minister and Congress leader Mohammed Ali Shabbir has alleged that two mosques and a temple in the Secretariat complex were demolished along with the buildings that are being razed for the construction of a new Secretariat.

In a statement here, he condemned the demolition of places of worship and accused the Chief Minister K. Chandrasekhar Rao of hurting the religious sentiments of all sections. He said the demolition was also a breach of trust by the TRS government. “When we raised this issue in the past, an assurance was given by some ministers that the two mosques and a temple would remain untouched even if the present structures are demolished. However, the Chief Minister reportedly directed the authorities to raze all structures, including two mosques and a temple,” he claimed.

He reminded that he wrote an open letter to the Chief Minister on June 27, 2019 requesting him to protect the two historic mosques and a temple located in the Secretariat premises. “However, the Chief Minister did not listen to our appeals and reportedly ordered demolition of the places of worship,” he said.

Mr. Shabbir Ali ridiculed the statements being given by some TRS leaders claiming that the mosques were not demolished and asked them to furnish evidence to substantiate their claims. “Why are the police and GHMC authorities not allowing the media near the Secretariat premises? Municipal Administration Minister K.T. Rama Rao should ask the GHMC Commissioner to release video footage showing the present status of mosques and temple,” he demanded.

Further, he said that the TRS government has also violated the provisions of The Places of Worship Act. “Mr. Chandrasekhar Rao has no respect for the law or Constitution and he openly violated the Central Laws on multiple occasions. Similarly, he carried out the demolition of Secretariat in haste only to avoid another stay by the Supreme Court,” he said.

Mr. Shabbir Ali said that people of Telangana would never forgive KCR and other TRS leaders for hurting their religious sentiments. “Except for KCR’s superstitious beliefs no other religion or places of worship are being given due importance under TRS rule,” he alleged.