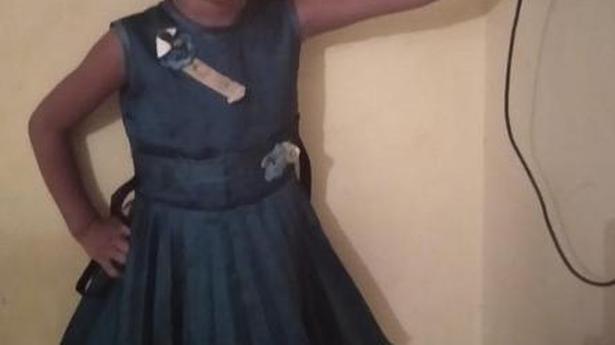 Over 25 personnel from the Fire and Emergency Services and Quick Response Team of the Civil Defence carried out a search and rescue operation till late Friday evening after receiving information that a girl had fallen into a stormwater drain at Kariyammana Agrahara near Bellandur lake.

The girl’s uncle Pamek told The Hindu that his niece Bhoomika K. was playing with another girl when she fell into the drain on Friday afternoon. “People in the vicinity were unable to help her and reportedly saw her drown,” he said.

According to sources, Bhoomika’s parents, who hail from Assam, work as housekeeping staff in commercial buildings. They live in the vicinity. “Her parents were in their settlement,” said a family member.

B.S. Prahlad, Chief Engineer, SWD, BBMP, who visited the spot, alleged that the chain link fence had been cut open so that garbage could be dumped in the drain. “I have directed the local SWD engineer in-charge to lodge a complaint against the owner of the land abutting the buffer zone of the SWD where the fence has been cut open. This unfortunate incident has happened due to negligence of people around,” he said.

M.N. Anucheth, DCP (Whitefield division), said that the police were coordinating and assisting the Fire and Emergency Services and Civil Defence personnel.

“When we got the alert, we immediately rushed to the spot and started search operations, but had to stop in the evening due to poor visibility. The area where she fell is quite far from the settlement where she lives. We will resume operations on Saturday morning,” said an official.