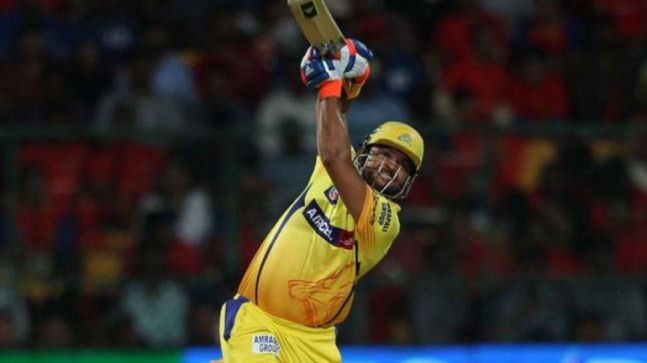 Though Suresh Raina’s 25-ball 87 run knock went in vain in IPL 2014 Qualifier, the Southpaw said that innings remain very special for me as he was desperate to take his side over the line.

The 2014 Indian Premier Qualifier saw two blistering innings from two different players on the opposite sides. At first, Virender Sehwag registered his highest IPL score to help Kings XI Punjab post a mammoth total, and later, during the chase, Suresh Raina missed out on the fastest half-century in the cricketing history by just 13 runs.

CSK on Saturday shared a throwback picture of Raina’s run-out from that epic Qualifier and wrote that his majestic 25-ball 87 run knock would always remain in the minds of the fans.

Sharing that post, Suresh Raina conceded that, that knock remains very special for me and also wrote that he was desperate to take his side over the line.

Only thing was running through my mind was not to give up & make it through. So badly wanted to make it to the finals. It will always remain a very special knock for me. #WhistlePodu https://t.co/iiuBfOk5wE

In the 2nd Qualifier in IPL 2014, CSK were chasing a target of 227 runs. After losing Faf du Plessis for early, Raina started to hit the ball from the word go as he raced to the second-fastest fifty in IPL in just 16 balls.

The southpaw hit 12 fours and six sixes in his innings that helped put CSK at100 runs in just six overs. However, Raina was run out after the Powerplay with George Bailey’s direct hit.

CSK kept losing wickets after Raina’s run out and as a result, KXIP reached their first-ever IPL final to face Kolkata Knight Riders in the title clash. KKR had defeated KXIP in the IPL 2014 final to clinch the trophy for the second time.

‘More than Million Bucks’: How BCCI’s often-critcised NCA got Shivam Mavi-Kamlesh Nagarkoti up and running in 2 years | Cricket News – Times of...

IPL 2020 opening-week viewership sees new high in the middle of...