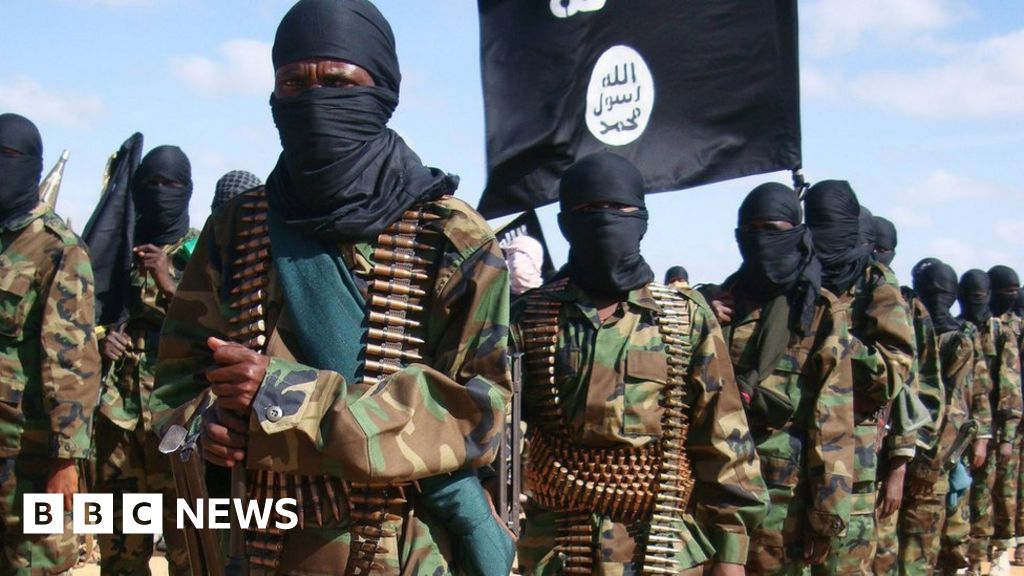 The number of people killed in a shootout between jailed militant Islamists and security officers at a prison in Somalia has risen to at least 20, officials say.

The al-Shabab militants had attempted to escape from the heavily guarded prison in the capital, Mogadishu.

An investigation is under way into how the militants obtained weapons.

Some reports suggested that an inmate managed to disarm a warden and then a group of them raided the armoury.

The BBC’s Bella Sheegow in Mogadishu says Monday’s incident is highly embarrassing for the government as the prison, the second biggest in Somalia, is guarded by elite forces.

The attack was repelled after reinforcements were called in.

The most dangerous al-Shabab militants are kept in the prison, including those serving life sentences or awaiting execution after being sentenced to death.

Inmates had also attempted to break out of the prison in 2017, and the government was under pressure to prevent further such incidents, our reporter adds.

“We will not leave anything to chance. The government is investigating how this happened and who was responsible for what happened as well as who facilitated the inmates to get the weapons,” Acting Justice Minister Hassan Hussein Haji said.

Government spokesman Ismail Mukhtar said 15 prisoners and five soldiers had been killed in the shooting.

He had earlier said that 10 people had died, including four militants.

Al-Shabab, which is linked to al-Qaeda, has been waging a brutal insurgency in Somalia for more than a decade.

It has been pushed out of Mogadishu by government and African Union troops, but the group still carries out bombings and assassinations in the city.

A rat worth of rewards