Home Cities Bengaluru Some BMTC staff yet to report for duty, absence hurts plan to... 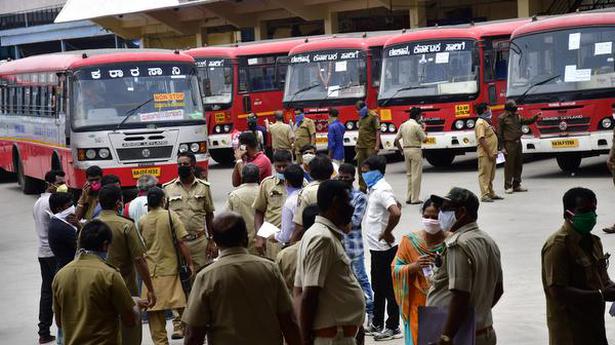 A week after Bangalore Metropolitan Transport Corporation (BMTC) resumed services in the city, the number of buses it operates every day has risen from 1,700 to a little over 3,000. However, the cash-strapped corporation’s plans to increase services and reduce the extent of losses is stymied by the absence of drivers and conductors, many of whom went to their hometowns during the lockdown and are yet to report for work.

“Around 30% of our drivers and conductors are yet to report for duty,” said a BMTC official. All personnel were asked to report for duty after undergoing mandatory health tests. “People who had gone to their hometowns in the northern parts of the State and other districts earlier said they could not return because there was no transport. But now KSRTC has resumed services. Drivers and conductors fall under the category of people providing essential services. We hope they report for duty in the coming days,” the official added.

The Corporation, which hopes to increase services, had written to the State government seeking permission to operate from 6 a.m. to 8 p.m. It also wants to start AC bus services within the city and to Kempegowda International Airport (KIA).

“At present, our services are confined to city limits, but once our drivers and conductors return, we will operate services to suburban areas that include villages located on the outskirts,” said a senior BMTC official.

“At present, the last bus leaves at 7 p.m. Some buses reach their destination very early in the morning. This is inconveniencing passengers,” said a KSRTC official.

KSRTC wants permission to operate AC buses too. The luxury fleet of AC buses, including fly bus and Ambari dream class buses, have remained off the road for over two months.

An official said, “When AC trains and domestic flights are allowed to operate, why restrict buses?”

Rakshit Shetty: Dream big, follow your passion, and work hard towards fulfilling it