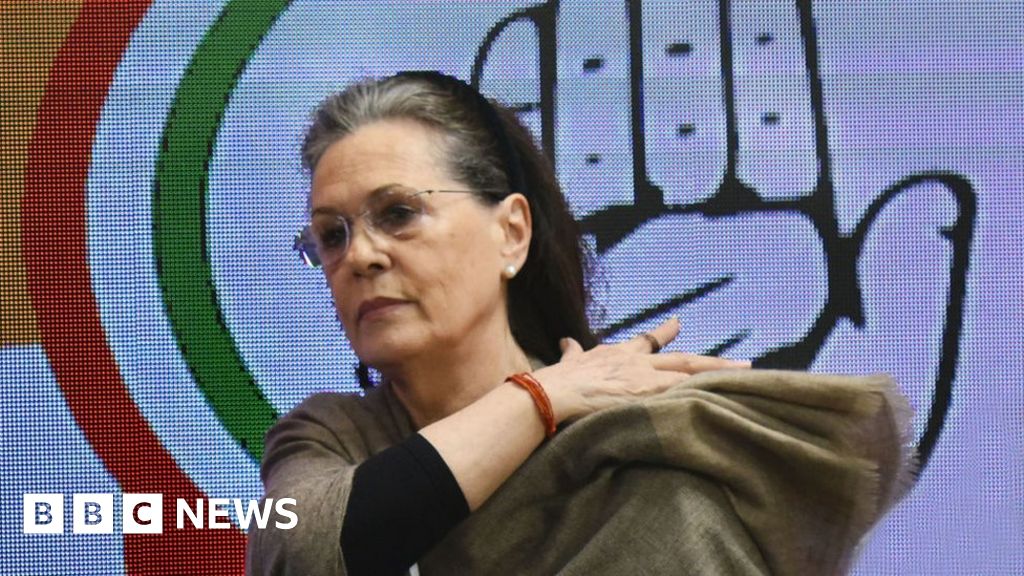 The president of India’s Congress party, Sonia Gandhi, has called for the election of a successor following a letter by dissidents that called for sweeping reforms.

Party leaders have met in the capital Delhi to decide if Ms Gandhi should continue in her role.

Congress ruled the country for decades, but has recently been routed in polls.

This has led to sharp criticism of its leadership, which has long favoured the Gandhi family.

The party was routed from power by Prime Minister Narendra Modi’s Bharatiya Janata Party (BJP) in 2014, managing to win just 44 seats in the 543-member house. That was the beginning of a massive decline which also saw it lose control of a number of states where it held power.

The 2019 election did not see a revival of its fortunes. In fact, many political observers say, it cemented just how unpopular the Congress – known as India’s grand old party – had become with voters.

It is now in power in just six Indian states – in four of those, it governs as a member of a coalition.

Analysts and political commentators have attributed much of the blame to lacklustre leadership and the inability of the party to look beyond the Gandhi family. One member or another has been at the helm since India won independence from the UK in 1947.

The letter, written by 23 senior leaders, has stirred up a controversy since this is the first time that so many party members have acknowledged the need for decisive change.

Political observers say that it has exposed a long-running battle between older and younger members of the party.

The letter was reportedly written last week but became public on Sunday, when it was published in the Indian Express newspaper.

In it, the leaders call for various reforms including an “independent election authority” and an “institutional leadership mechanism to guide the party’s revival”. Signatories include former ministers Kapil Sibal, Shashi Tharoor, Gulam Nabi Azad and Manish Tewari.

Ms Gandhi reacted swiftly, and called for a new party president to be elected. But some others have already said they want her to continue in the post.

However, reports say that she has told the party that she no longer wants to continue in the role, which she took an interim basis after her son, Rahul, stepped down following the the 2019 election loss.

At the time, Rahul had told leaders to look beyond the family for a leader, but with no agreement reached, leaders asked Sonia to step in.

Adani, Tata, GMR among 43 firms to show interest in CSMT...