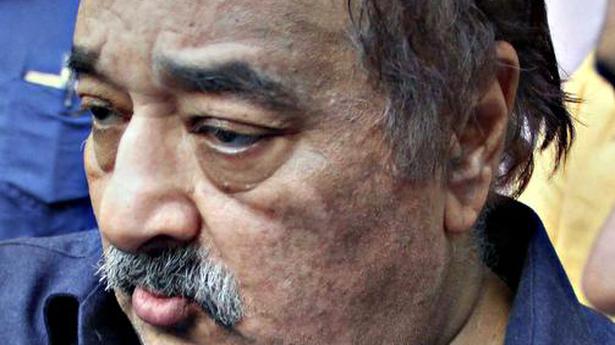 Mr. Rakesh Wadhawan (66) has been admitted to GT Hospital since July 10 after he was tested COVID-19 positive. He has been lodged in the Arthur Road Jail with his son Sarang, following their arrest in October last year, on charges of money laundering.

A doctor at GT hospital said, “He was brought in on July 10 and is in the ICU.”

HDIL accounted for nearly 73% of PMC Bank’s total loans. Of the ₹4,355.46 crore loans under the scanner, ₹2,145.78 crore were transferred to accounts held by the Wadhawans.

The Enforcement Directorate (ED) had registered an FIR on September 20 against HDIL, its directors, group companies, and employees of PMC Bank, under Sections 420 (cheating and dishonestly inducing delivery of property), 467 (forgery of valuable security, will, etc.), 471 (using as genuine a forged document or electronic record), and 120B (punishment of criminal conspiracy) of the Indian Penal Code.

It was alleged that the Wadhawans, in a criminal conspiracy with PMC Bank officials, including former managing director Joy Thomas and former director Waryam Singh, had availed of loans to the tune of ₹4,355 crore from the bank in a fraudulent manner.

On May 6, the ED had filed a chargesheet against Yes Bank founder Rana Kapoor, his wife, and three daughters on charges of laundering money to the tune of around ₹5,050 crore. For the debentures, Mr. Kapoor and his family members got a kickback of ₹600 crore from Mr. Kapil Wadhawan, who paid the sum to DOIT Urban Ventures (India) Pvt Limited, under the garb of a loan for repayment of ₹300 crore loan taken earlier, and the rest for general purposes, the ED claimed.