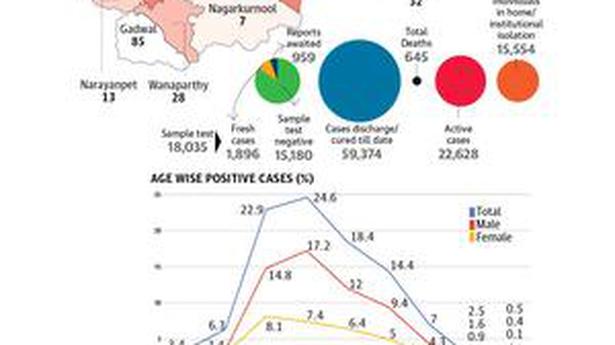 The new 1,896 cases includes 338 from Greater Hyderabad Municipal Corporation (GHMC), 147 from Rangareddy, 121 from Karimnagar, 119 from Medchal-Malkajgiri and 95 from Warangal Urban.

Though the highest number of cases have been reported from GHMC, the count continues to drop in the municipal limits and a high number of cases are recorded in other districts. Officials from the Health department had earlier asserted that the cases will decline in GHMC by the end of August.

In a first, Noida to get polyclinic for animals | Noida...