Home Cities Hyderabad State will set up godowns in every constituency: Errabelli 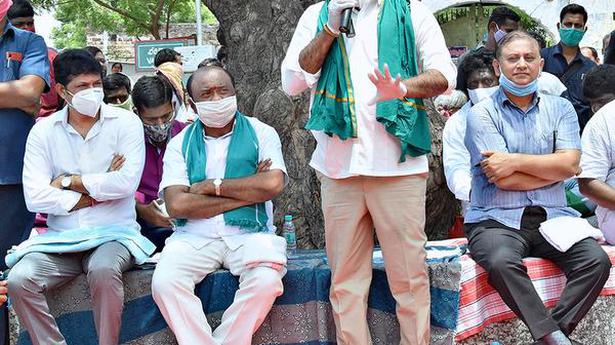 The minister listed out the welfare programmes taken up by KCR government for farmers. He said there were times when farmers did not get marriage alliances. There were times when farmers committed suicide due to losses and suffered on account of shortage of power and water. “Now it is all history. You can see uninterrupted power and plenty of water,” he said, urging the people to strengthen the hands of K. Chandrasekhar Rao who was striving hard to turn the very face of Telangana.

The State government despite problems spent ₹ 30,000 crore for paddy procurement, spent ₹ 7,000 crore for Rythu Bandhu and there are many such initiatives. MLC Pochampally Srinivasa Reddy wanted the people to plant more saplings and improve greenery in the villages.

He promised to bring more infrastructure development to the village.