Home News National Strong case for probe by us: CBI 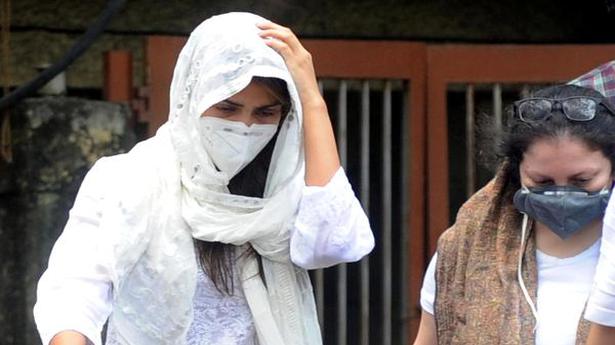 The agency cites claims by both Maharashtra, Bihar govts. in Sushant case.

The Central Bureau of Investigation (CBI) told the Supreme Court on Tuesday that both the Maharashtra and Bihar governments make a “strong case” for the Central agency taking over the probe into the death of actor Sushant Singh Rajput.

Solicitor General Tushar Mehta, for the CBI, said Bihar had raised allegations about the “involvement” of the Maharashtra Chief Minister’s son in the case while Maharashtra, in turn, had accused Bihar Chief Minister Nitish Kumar of “influencing” his police to file an FIR in the case.

“Both Maharashtra and Bihar have made a strong case for the CBI takeover of the case,” Mr. Mehta addressed Justice Hrishikesh Roy on the Bench.

To this, Maharashtra government counsel, senior advocate A.M. Singhvi, said he had never seen the CBI so interested in taking over a case. “The CBI’s interest is itself a rare occurrence,” Mr. Singhvi said.

“You may have screaming anchors, screaming reporters, but sensationalism or sensitivity does not change the law … The kind of sensationalism seen here is alarming. Every reporter, anchor, lawyer has turned judge, jury, executioner. I don’t know whether his death was murder or suicide. But I can say the murder of Cr.PC is being attempted here,” Mr. Singhvi submitted.

The court was hearing a plea made by actor Rhea Chakaraborty to transfer the case to Mumbai.

But Justice Roy, at one point, pointed to documents filed by Ms. Chakaraborty herself indicating that she too wanted a CBI probe. The court reserved the plea for orders after a half-day hearing.

During the hearing, the CBI submitted that there had been no active investigation by the Mumbai police into the death. All the Mumbai police did was conduct an “on-spot enquiry”, that is, note down the injuries seen on the body.

“Unless an FIR is registered under Section 154 Cr.PC, there is no investigation in the eyes of the Code … The CBI investigation will be fair, free and truth-eliciting oriented,” Mr. Mehta submitted.

The Bihar government, represented by senior advocate Maninder Singh, said the Mumbai police were acting out a “facade” of an investigation without even having registered an FIR.

In Supreme Court, Rhea says Sushant death being politicised in the wake of Bihar polls

Senior advocate Vikas Singh, for Rajput’s father, said his client went to the Bihar police because he was “literally facing the wall” in his efforts to know the truth about the death of his son.

“Now, can a victim or an accused say I don’t like the Mumbai police and write to Kerala or Karnataka police to register a case? This is a fundamental assault on federalism. Opinion of accused, victim don’t change fundamental principles of law. Law and order is exclusively within State competence. Victims and accused don’t get to decide who and where a case will be investigated,” he countered.

Senior advocate Shyam Divan, for Ms. Chakaraborty, referred to news reports showing that the FIR in Bihar was “influenced” by Mr. Kumar.

“Justice is a subtle virtue… Please have regards to the ends of justice. Everything has happened in Mumbai,” Mr. Divan said.

He said the case should not set a precedent for flouting local jurisdiction and allow people to file FIRs in places remote from where the incident actually occurred.