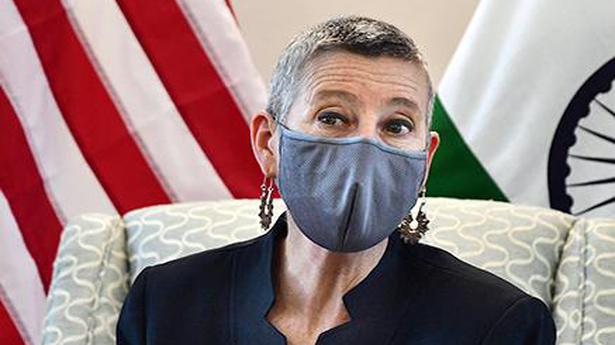 Student visas are high priority, and the U.S. Consulate in Chennai had started processing them in the middle of August, Judith Ravin, Consul General of the United States of America in Chennai, said on Wednesday.

Ms. Ravin, who took charge as the Consul General recently, said the pandemic had curtailed operations at the consulate. As part of the U.S. Department of State’s ‘Diplomacy Strong’ initiative, a phased approach on which services could be offered while keeping the staff and the public safe was being adopted.

“Student visas are really high priority… In the middle of August, we started processing student visas, cognisant of our priority of handling the workload that was possible to keep people safe. That continues, and we would like to see more than two lakh Indian students because international students internationalise our campuses. The diversity Indian students bring is very important,” Ms. Ravin said in an interview to The Hindu.

When asked if there was interest among students to apply to U.S. universities, considering that there had been confusion over student visas of late, she replied in the affirmative.

“Yes. That’s why we are organising an education fair. We are having a very large virtual university graduate fair coming Friday and Saturday and a week later, we are having the undergraduate fair,” she added.

The Consul General said the consulate was set to undergo renovation to modernise facilities and create a more functional environment.

When asked how the consulate was planning to hold events like it used to before the pandemic disrupted normal life, Ms. Ravin said it was creating more virtual programmes and using virtual platforms for events on intellectual property rights, arts and sciences, and an upcoming series in November-December for those curating museums.