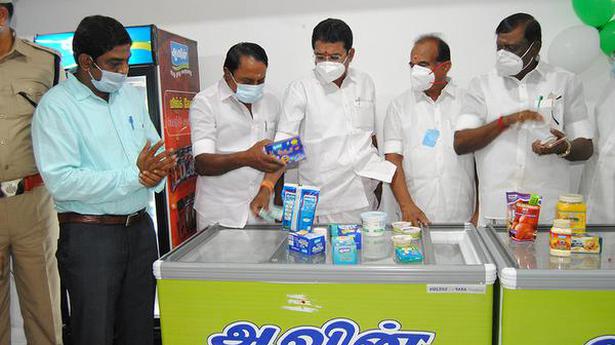 The School Education Department has identified 52 remote hamlets in hilly areas in the State where students are not able to access online classes due to poor network connectivity, School Education Minister K.A. Sengottaiyan said in Erode on Friday.

Addressing mediapersons, the Minister said that students in remote hamlets were unable to access the Internet and were facing difficulty in learning.

“So far, we have identified 52 locations across the State and due to COVID-19, teachers will not be able to hold classes for them directly. Hence, the Department is studying the problem and is working to resolve it,” he added.

Asked whether action had been initiated against schools demanding full fees from parents, the Minister said complaints had been received against 14 private schools and the Madras High Court had initiated suo motu contempt of court proceedings against nine private schools.

Five schools did not give a proper explanation to Department officials, he added. The Minister, along with Minister for Environment K.C. Karuppannan, inaugurated an Aavin outlet and distributed assistance and loans, to the tune of ₹11.18 crore, to 996 beneficiaries under the Mahalir Thittam. Collector C. Kathiravan, MLAs and officials were present.