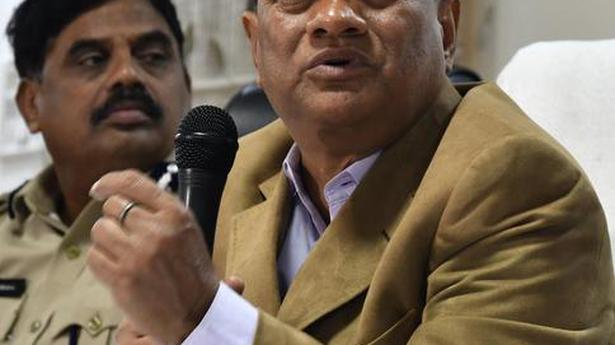 Five days after he sought voluntary retirement, senior IPS officer and RBVRR Telangana State Police Academy director V.K. Singh was transferred by the State government on Sunday without assigning him any post.

In an order, Chief Secretary Somesh Kumar, stated that Telangana State Level Police Recruitment Board chairman V.V. Srinivasa Rao is placed in full additional charge to the post of director-TSPA till further orders.

However, the order copy did not mention where Mr. Singh was posted, and as a result, he will be at the DGP office. When contacted, the officer refused to comment on his sudden transfer. He will retire from service on attaining the superannuation age on November 30.

The 1987 batch IPS officer chose to quit the service as he was “unhappy with the treatment meted out to him by the State government”. He was seeking premature retirement from the service with effect from October 2.

“I joined the services with great hopes to change the police system but I think I have failed in my ambitions. The government of Telangana has also not been much impressed with my services. My advice to better the services in the government also did not cut much ice,” he wrote it in the letter.