Home Cities Bengaluru Surge in rescue of wildlife during lockdown 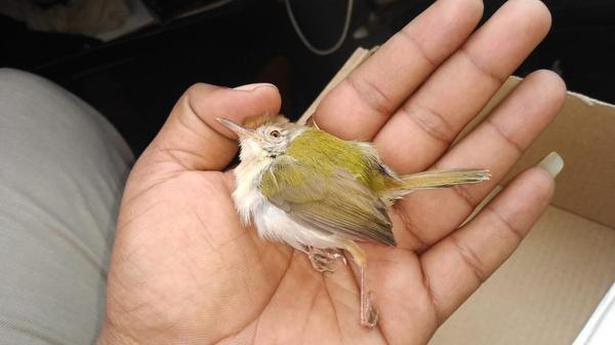 As the city inches towards embracing old and new ways of life in a phased “unlock” from June 8, wildlife conservationists are hoping that citizens adopt a more harmonious way of life – one that will allow Bengaluru’s wildlife to thrive.

Over the two-and-a half-month lockdown period, the forest cell of the Bruhat Bengaluru Mahanagara Palike (BBMP) alone has rescued over 20 different species of birds, reptiles and animals.

Prasanna Kumar, wildlife warden, Bengaluru Urban, BBMP Forest Cell, told The Hindu that they had seen an unprecedented number of rescues during the lockdown as wildlife ventured into urban spaces due to the unusual quietness. “We rescued over 20 different species of snakes, an Indian terrapin turtle, an Indian softshell turtle, black kite, rose-ringed parakeets, Brahminy kite, squirrel babies, peacocks.”

Most of these sightings and rescues took place near Jayanagar, Vidyaranapura and Rajarajeshwari Nagar. Some of these areas, such as Vidyaranapura, are seeing a lot of development work pushing wildlife out of their habitats. Others are close to green areas, such as Cubbon Park and Lalbagh (Jayanagar) and the Turahalli forest (Rajarajeshwari Nagar), which is also seeing damage to habitats.

In safe hands:A monkey that was rescued in Bengaluru during the lockdown.

“The highlight was finding four peacocks and the two species of turtle. Now that the rainy season has almost set in, the turtle will be seen outside as they will migrate out of lakes. Most of them are killed due to traffic. Snake eggs – viper, cobra, etc – too have started hatching. They had come out in more numbers during the lockdown because of fewer vehicles and probably lesser pollution,” said Mr. Kumar.

Urban wildlife, conservationists say, is every citizen’s responsibility as we have all caused direct or indirect damage to it. They are important to the urban ecological balance as, for example, reptiles control the rat population, and kites eat chicken waste, they explain.

“Despite governments spending crores, lakes haven’t been cleaned because effluents continue to flow in. But two months of lockdown showed what radical construction had caused and what lack of traffic, noise pollution and interference can do. This period has also shown us that natural disasters are not limited to certain regions. When it happened in Kodagu and other parts of the Western Ghats, we didn’t wake up. Now, the pandemic has affected everyone. The world is one organism, and it is time we make space for forests and wildlife,” he said.

What citizens can do is to learn about wildlife and conservation, look at planting local varieties and fruit trees, such as tamarind, jackfruit and mango, to ensure food for them, and reach out to professionals for rescue in case of sightings. “Ask the government the right questions now. Every citizen should become an environment warrior,” Mr. Nishanth added.