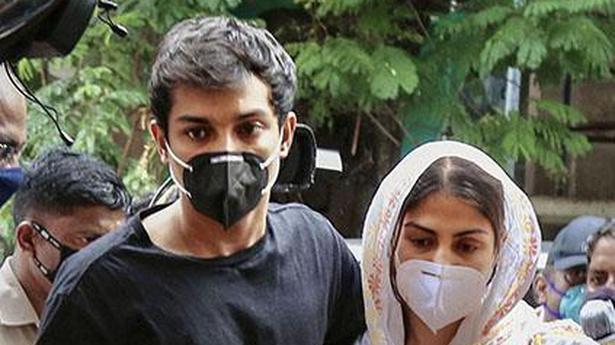 The Enforcement Directorate on Monday again questioned Bollywood actor Rhea Chakraborty and four others in connection with the Sushant Singh Rajput’s death case.

The agency continued the process of recording the statements of the actor, her brother Showik, their father Indrajit, her former manager Shruti Modi and Siddharth Pithani, who lived with Sushant.

The ED is closely examining the transactions related to three companies which were floated by Sushant between 2018 and 2020. While two were based in Mumbai, the third one had a Gurugram address.

The suspects have already been told to furnish details of their income-tax returns in the past five years and the assets in their names.

Following a reference from the Bihar police, the CBI has now taken over the case instituted by the Patna police. On Monday, it recorded the testimonies of Sushant’s father and some other relatives. It is preparing to record the testimonies of Sushant’s father and relatives. A team is also expected to visit his residence in Mumbai and examine the room where his body was found.

Statements of the five persons, including a sister of Sushant, who were in the house when the local police reached there in the afternoon of June 14, will also be recorded by the CBI.

Sushant’s father has accused Ms. Chakraborty and five others of harassing him. He alleged they would tell the Bollywood actor that he had some illness, for which he needed to see a doctor. He was subjected to drug overdose, it was alleged.

Ms. Chakraborty, who has refuted the charges, had earlier approached the Supreme Court seeking transfer of the case from Patna to Mumbai.