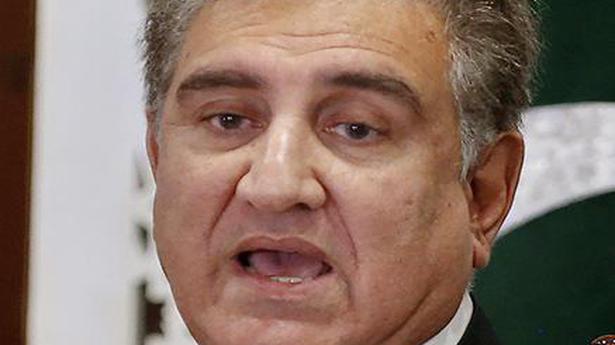 A high-level delegation from the Taliban’s political office in Doha arrived in Pakistan on Monday to discuss the way forward in the Afghan peace process with the Pakistani leadership.

The Taliban delegation led by their political chief Mullah Abdul Ghani Baradar is visiting Islamabad at the invitation of the country’s foreign office.

He said that Pakistan was playing a facilitating role on the Afghan issue, which led to a peace agreement between the U.S. and the Taliban and now it’s up to Afghans to decide the way forward.

The next logical step is intra-Afghan dialogue, which should be started at the earliest, he said, adding that China was also supporting the Afghan peace process.

The majority of Afghans believe the only way forward is through reconciliation but the decision to reconcile has to be taken by Afghans themselves, Mr. Qureshi said.

The Afghan Taliban spokesperson also confirmed that a delegation led by Mullah Baradar is visiting Islamabad and other capitals to discuss the Afghan peace efforts.

This is the second visit of Mullah Baradar to Pakistan in the last 10 months.

He visited Islamabad in October last year when President Donald Trump abruptly called off the peace talks with the Taliban.

Watch | Will we face a chocolate shortage?